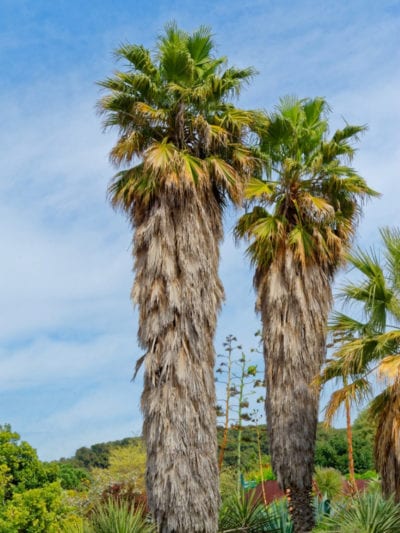 Northern gardeners may despair if they have their hearts set on a tropical theme in the landscape. Using palms as focal points is an obvious choice for such schemes but most are not reliably hardy in colder climes. Enter the waggie palm. What is a waggie palm? This is a space saving, cold tolerant palm tree with endless appeal and ease of care. Some useful waggie palm info follows, so read on and see if this little tree is the right tropical accent for you.

What is a Waggie Palm?

Trachycarpus wagnerianus is the scientific designation for the waggie palm. It is one of the windmill palms, so called because its large fronds are reminiscent of old windmill vanes or blades. There are several windmill palms, known as Trachys, such as:

Gardeners in cool regions can rejoice because waggie palms have great tolerance to wind and snow loads. Growing waggie palms is a perfect choice where cold conditions might harm its popular cousin T. fortunei.

Trachycarpus wagnerianus has a slow rate of growth and can achieve a height of 10 feet (3 m.) at maturity. Caring for waggie palm trees is easy due to their compact, stout stature and adaptability to drought, cold and even coastal salt exposure. There is even a large specimen growing in Iceland. Waggie palms have broad green leaves with silvery undertones. They are slightly smaller plants than T. fortunei, but the leaves do not tatter as much in wind and the natural form has an appealing almost bonsai-like appearance even when young, which it retains at maturity.

Although not as well known as Trachycarpus fortunei, this plant is making a big splash as a popular alternative with more beneficial characteristics.

Waggie palms are also known as miniature Chusan palms. They are native to Japan and have great use in temperate to cool regions but are also becoming fashionable in warm regions such as southern California, Arizona and even Costa Rica. Trunks are shaggy with old leaf scars and can grow 1 to 2 feet (30 to 60 cm.) per year until mature.

These palms are not self-cleaning, where leaves drop naturally and cleanly, and do require some pruning to remove old fronds. Therefore, good waggie palm tree care dictates occasional pruning. However, the shaggy, almost furry look of the trunk after old leaves have been removed is quite animalistic and charming.

Many gardeners are growing waggie palms in containers where they can grace the patio or porch for years before they should be put in the ground. Waggie palm crowns stay 5 to 7 feet (1.5 to 2.1 m.) in diameter in full sun but may be narrower in shady areas of the garden.

Waggie palms are very drought tolerant, although better growth is reported with regular irrigation in the dry season. This plant has excellent resistance to most common palm diseases and insects. One of the common issues is yellowing of the leaves, usually due to insufficient nutrients in the soil. Caring for waggie palms should include annual fertilizing with a good palm food.

Other than that and occasional watering and pruning off old leaves, Trachycarpus wagnerianus is an easily maintained palm. If temperatures regularly get below 13 degrees Fahrenheit (-10 C.), it is recommended that the palm be covered during the night with a blanket, bubble wrap or burlap. Remove the covering during the day so the plant can gather solar energy. If storm damage occurs, wait until spring to cut off any damage material and allow the plant to recover slowly.