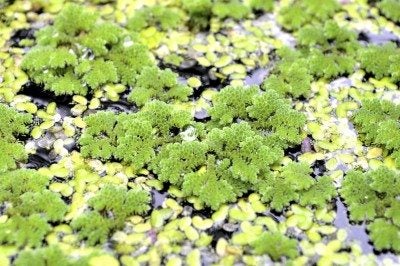 Super plant or invasive weed? The mosquito fern plant has been called both. So, what is a mosquito fern? The following will uncover some fascinating mosquito fern facts and leave you to be the judge.

What is a Mosquito Fern?

Native to California, the mosquito fern plant, Azolla filculoides or just Azolla, is named thus due to its habitat. While the plant starts off as small as ¼ inch (5 mm.), mosquito fern habitat is that of a matting, aquatic plant that can double its size in a couple of days! This thick-living carpet is named mosquito fern plant because it repels mosquito attempts to lay eggs in the water. The mosquitoes may not like mosquito ferns, but the waterfowl certainly do, and, in fact, this plant is an important food source for them.

This floating aquatic fern, like all ferns, propagates through spores. However, Azolla also multiplies by stem fragments, making it a prolific grower.

The plant is sometimes mistaken for duckweed, and like duckweed, mosquito fern plant is initially green. It soon turns to a reddish-brown hue as a result of excess nutrients or bright sunlight. A red or green carpet of mosquito fern is most often found in ponds or muddy banks, or in areas of standing water in streams.

The plant has a symbiotic relationship with another organism called Anabeana azollae; this organism is a nitrogen-fixing cyanobactrium. The bacterium resides safely in the fern and supplies it with the excess nitrogen it produces. This relationship has long been utilized in China and other Asian countries as a “green manure” to fertilize rice paddies. This centuries old method has been known to increase production by as much as 158 percent!

So far, I think you will agree that this is a “super plant.” However, for some people, there is a downside. Since mosquito plant breaks apart so easily and, thereby, reproduces rapidly, it may become a problem. When there is an excess of nutrients introduced into the pond or irrigation water, either due to runoff or erosion, mosquito plant will seemingly explode in size overnight, clogging screens and pumps. Additionally, it is said that cattle will not drink from ponds that are clogged with mosquito fern. Now this “super plant” is more an “invasive weed.”

If the mosquito fern plant is more of a thorn in your side than a boon, you can try dragging or raking the pond to rid it of the plant. Keep in mind that any broken stems will likely multiply into new plants and the problem will likely repeat itself. If you can figure out a way to mitigate the amount of runoff to lessen the nutrients entering the pond, you can slow down mosquito fern’s growth somewhat.

Of last resort is spraying Azolla with an herbicide. This isn’t highly recommended, as it only affects a small portion of the mat of fern and the resulting rotting plant can affect water quality.