Problems With Plant Roots: Why Do My Plants Keep Dying In The Same Spot 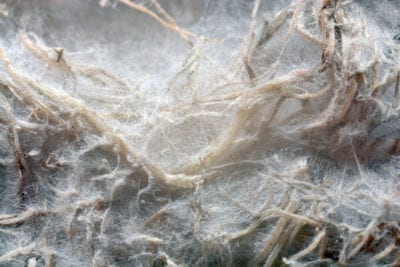 “Help, all my plants are dying!” is one of the most common issues of both newbie and experienced growers. If you can identify with this issue, the reason likely has to do with problems with the plant roots. Plant root problems run the range from the most simplistic to more dire explanations, like root rot diseases. To diagnose the problem, it’s a good idea to answer some questions. For instance, do all the plants keep dying in the same spot?

Help, All My Plants are Dying!

Never fear, we are here to help figure out why all your plants are dying. Again, the most likely reason has to do with plant root problems. Roots perform many vital functions. They take up water, oxygen, and nutrients from the soil. When roots are damaged or diseased, they cease to be able to function properly which, indeed, can kill a plant.

Why are All My Plants Dying?

Newly planted trees, shrubs, and other plants often need more water at planting and for a time after until they have established. The roots should be kept moist for at least the first several months while they grow and then will be able to delve deeper to search for moisture.

So, one problem may be a lack of water. A water meter can be used to gauge moisture in potted plants but isn’t as useful in the garden. Use a trowel, shovel, or soil tube to check for moisture down into the root ball. If the soil crumbles when you try to make a ball out of it, it is too dry. Moist soil forms a ball.

Wet soil can also cause problems with plants roots. Overly wet soil will be muddy when squeezed into a ball and excess water will run out. Overly wet soils can lead to root rot, diseases wherein the pathogen attacks the roots system. Often, the initial signs of root rot are stunted or wilted plants with chlorosis. Root rots produce fungi that prefer wet conditions and can survive for lengthy periods in the soil.

To combat root rot, reduce soil moisture. A rule of thumb is to provide one inch (2.5 cm.) of water per week depending upon weather conditions. If the soil seems overly wet, remove any mulch around the plant. Fungicides can help to combat root rot but only if you know which pathogen is affecting the plant.

Planting too deeply or not deep enough can also result in root problems. Plant’s roots need to be protected from damage, which means they need to be under the soil but too far under isn’t a good thing either. If the root ball is planted too deep, the roots can’t get enough oxygen, causing them to suffocate and die.

It’s easy to check and see if there is an issue with the planting depth. Take a garden trowel and gently dig at the base of the tree or plant. The top of the root ball should be just under the top of the soil. If you have to dig 2 to 3 inches (5-8 cm.) beneath the soil, your plant is buried too deeply.

Absorbing roots are located in the top foot (31 cm.) of soil so changes of grade in excess of 4 inches (10 cm.) also reduces the amount of oxygen and nutrients reaching roots. Soil compaction can also restrict oxygen, water, and nutrient uptake. This is caused by heavy machinery, foot traffic, or sprinkler irrigation. If the compaction isn’t severe, it can be corrected with a mechanical aerator.

Lastly, another problem with plant roots may be that they are damaged. This can occur due to a variety of circumstances but most commonly from large scale digging such as for a septic system or driveway. If major roots have been cut, it is similar to cutting into one of your major arteries. The tree or plant essentially bleeds out. It can no longer absorb sufficient water or nutrients to sustain it.