What Is Lake Effect Snow And How Does It Impact Gardens? 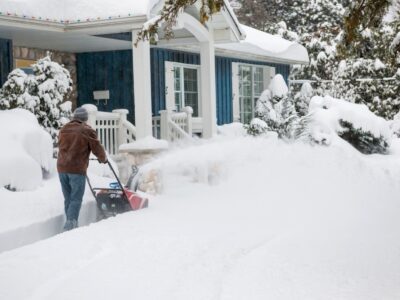 Lake effect snow is a common occurrence in the Great Lakes region. This type of snow can dump feet at a time. For gardeners, it’s important to understand lake effect snow, how it could affect your plants, and anything you need to do to protect them.

What is Lake Effect Snow?

If you have never lived in a cold region by a large body of water, you might be unfamiliar with this term. Lake effect snow is simply snow that forms as a result of a body of water rather than a specific weather system. In the U.S., lake effect snow typically occurs around the Great Lakes in areas of Wisconsin, Michigan, Minnesota, and New York as well as Ontario in Canada.

Snow resulting from a lake can be intense and heavy, up to 2 to 3 inches (5-8 cm.) per hour at times. It can also be highly localized, dumping a lot of snow in one area, while just a few miles away there is sunny weather and no snow.

The causes of this type of snow system are the lakes themselves—particularly large bodies of water in cold climates—as well as other weather factors:

How Does Lake Effect Snow Form?

When all the right elements come together, as they often do multiple times each winter, a region can get massive lake effect snow. Here’s how it happens:

For lake effect snow to occur, the cold, incoming air needs enough time and contact with the water to form clouds. When the air runs lengthwise along a lake—north to south along Lake Michigan or west to east along Lake Superior—it can produce snow.

Predicting when, where, and how intensely this snow will occur is notoriously difficult, even for professionals. Gardeners can keep an eye on the forecast but never really be certain of what’s coming.

How to Protect Plants from Snow

If your garden is crowded with native species, they should have no problem surviving a heavy snowfall. This doesn’t mean a big dump of snow doesn’t cause problems for a wide range of plants though.

The good news is that snow is better than ice. An ice storm can coat plants, weighing them down and breaking branches. Snow is easier to shake off and isn’t as heavy. Also, snow can be beneficial in some ways. It insulates the ground and plants, protecting them from the coldest temperatures winter has to offer.

Trees and shrubs in the garden are most vulnerable to a heavy snow. If the snow is wet, it can be heavy and cause breaks and damage. The best way to protect these plants is to venture out in the storm and manually remove snow from branches. Pay special attention to your more delicate trees and shrubs.

Multi-stemmed shrubs are among the most vulnerable plants in a snow dump. You can protect them in advance of a snow system by binding several branches to each other with twine. This holds them together to make them stronger and less likely to split apart and break.

Also vulnerable is new growth or small transplants in early spring. A late snow can crush them, so watch the weather and use covers to protect them. Use a row cover, plastic milk jugs, or cardboard boxes.