How To Predict Frost And Protect Your Garden 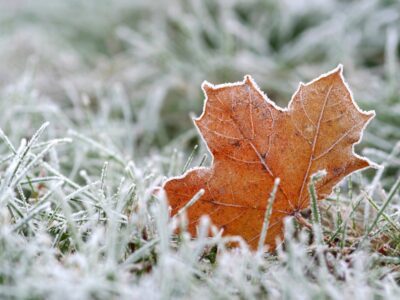 From gusty winds to too much rain, weather conditions can wreak havoc on a home garden. Yet nothing does more widespread damage to cold sensitive plants than freezing temperatures. Predicting frost can be a bit tricky but learning how to do so gives gardeners the edge when it comes to protecting their tender vegetable plants.

The Difference Between a Frost and Freeze Forecast

Frost occurs when temperatures at ground level reach 29 to 32 degrees F. (-1.7 to 0 C.). Exposures of 5 to 10 minutes at 29 degrees F. can severely damage frost tender crops like tomatoes and peppers. It takes a longer exposure at 32 degrees F. to cause similar damage.

Crops such as broccoli and lettuce can withstand a frost but can be killed by a moderate freeze. A moderate freeze is when temperatures remain between 25 (-3.9 C.) and 28 (-2.2 C.) degrees. Peas and spinach will survive these temperatures yet succumb to a heavy freeze when the thermometer drops below 24 degrees F. (-4.4 C.).

If you’ve ever been surprised by a frost-covered garden in the morning, you’re not alone. Frost can seem quite unpredictable at times and is likely to occur even if the official overnight temperature remains above 32 degrees F (0 C.). Here are a few reasons why frost can be tricky to predict:

How to Tell If There Will Be Frost

Dew point is a useful tool when making a frost prediction. Warm air has the capacity to hold more moisture than cold air. As the ambient temperature drops, it hits a point where the air can no longer hold the amount of water it contains and dew forms.

Temperatures can’t fall below the dew point without water vapor condensing. This change in the state of water creates a small amount of heat, which generally keeps the ambient temperature from falling. Should the temperature fall further, the dew point also lowers. This can cause fog to form, which like clouds, emits infrared energy.

To accurately predict a frost, look for these clues:

If you suspect frost is possible, pick off the garden or take steps to protect your tender vegetable plants by covering them with old bed sheets, plant blankets, cloche covers or cardboard. Erecting low or high tunnels also retains heat and prevents cold damage.