Sow Bug Control – How To Get Rid Of Sow Bugs

Insects
By: Becca Badgett, Co-author of How to Grow an EMERGENCY Garden
Printer Friendly Version 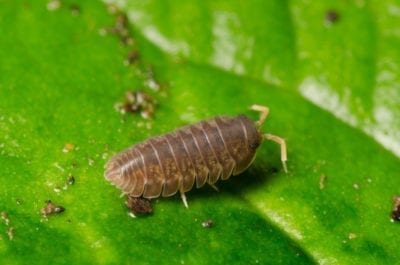 Sow bug control in the garden is a tricky process, as the bugs, also known as pill bugs or roly polies, like moisture and gardens cannot exist without water. Good cultural practices can help reduce sow bugs in the garden, as well as other, more destructive bugs that damage crops.

How to Get Rid of Sow Bugs

Sow bug control begins with cleaning up debris in the garden. Rake up and remove dead plant matter, bricks, wooden planks and anything that gives sow bugs in the garden a protected place to hide. Pay particular attention to debris near or against the foundation, as this is often a spot that holds moisture. Eliminate sow bugs near the foundation to stop them from entering your home through cracks and crevices. Problem openings in foundations should be sealed.

Chemicals are not necessary to eliminate sow bugs. While sow bugs in the garden will occasionally feed on tender plant material, they do not bite and are not dangerous to people. Once moisture is no longer a factor, killing sow bugs with other methods is not necessary.

Sow bugs in the garden may be removed by hand, although many of the roly poly creatures will move on their own once debris is removed. If you have a worm bed for vermicomposting, the sow bugs can be moved there, or to the compost pilewhere they are actually helpful. Sow bugs help break down organic material and this is a better solution than killing sow bugs.

Sow bug control near new and emerging seedlings may be accomplished with small amounts of diatomaceous earth around the plants. This keeps sow bugs in the garden away from growing plants.

Sow bug control can also be accomplished by placing a cantaloupe open side down to lure the sow bugs away from other areas. This can then be moved to the compost pile as a means of sow bug control. Alternatively, fruit dropped from trees and left rotting on the ground should be removed so as not to attract sow bugs in the garden and orchard areas.