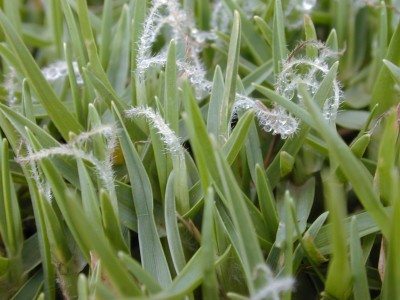 These days, kikuyugrass (Pennisetum clandestinum) is often termed “kikuyygrass weeds” but it wasn’t always the case. Imported a century ago as groundcover, kikuyugrass proved an extremely aggressive perennial turfgrass that has become a real pest in California and other parts of the country. Most people who have this turfgrass in their backyards are asking how to get rid of kikuyugrass. Read on for tips about removing kikygrass and how to kill kikuyugrass organically.

What are Kikuyugrass Weeds?

Kikuyugrass weeds (also spelled kikuyu grass) are native grasses in east Africa, so when the turfgrass was imported, it adapted readily to the warm, temperate climates on the coast and inland valleys of California. It was planted on ditch banks in an attempt to stop erosion, but it rapidly jumped over into the surrounding countryside. It has been an invasive pest ever since.

In ornamental plantings, kikuyugrass invades and chokes out groundcovers. It can also invade shrubs, stealing their sunlight and weakening them. Likewise, it competes with fruit trees in orchards, taking their water and nutrients, blocking sprinklers and filling drainage ditches. That’s why gardeners began to ask about removing kikuyugrass.

When people ask how to get rid of kikuyugrass without using toxic chemicals, the answer, sadly, is that you usually cannot. Kikuyugrass spreads by both runners and seeds. The spreading rhizomes can regenerate from any small piece of root. As the largest part of kikuyugrass weeds is located below the ground, even tedious pulling up by hand is not likely to eradicate them. Any small pieces of rhizomes that remain will start growing again.

If the kikuyugrass weeds are not mixed in with other desirable grasses, plants, and shrubs you can kill them by eliminating all sunlight in the area. Cover the kikugrass with sturdy black plastic sheeting in the beginning of summer. By winter, the plant should be easier to pull out of the soil. Since most backyard kikuyugrass will have invaded flower beds or orchards, this method will probably not be a practical means of removing kikuyugrass for many gardeners.

One important step in controlling kikuyugrass is to clean your garden equipment frequently. Since this weed propagates from both seeds and stem sections, you can accidently spread it as you mow or cultivate your plantings.

It is also important to keep your other plantings in top health and vigor so that they can compete with kikuyugrass. The denser your turfgrass and ornamental plantings, the shadier the soil and the less likely it is that kikuyugrass sprigs and seedlings can establish.

You’ll also want to monitor all orchards and flower beds for the presence of kikuyugrass. Dig up any kikuyugrass found there or spray it with an herbicide to prevent its spread.