What Is The Difference Between Introduced, Invasive, Noxious And Nuisance Plants? 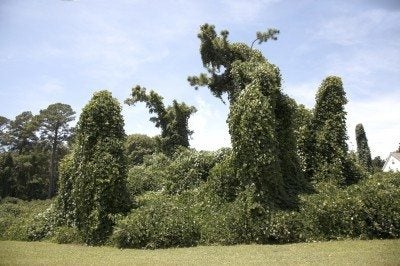 If you’re an environmentally conscious gardener, you’ve no doubt come across confusing terms such as “invasive species,” “introduced species,” “exotic plants,” and “noxious weeds,” among others. Learning the meanings of these unfamiliar concepts will guide you in your planning and planting, and help you create an environment that is not only beautiful, but beneficial for the environment inside and outside your garden.

So what is the difference between introduced, invasive, noxious, and nuisance plants? Keep reading to learn more.

What Does Invasive Species Mean?

So what does “invasive species” mean, and why are invasive plants bad? The United States Department of Agriculture (USDA) defines invasive species as “a species that is non-native or alien to the ecosystem – the introduction of the species causes or is likely to cause harm to human health, or to the economy or environment.” The term “invasive species” refers not only to plants, but to living beings such as animals, birds, insects, fungus, or bacteria.

Invasive species are bad because they displace native species and alter entire ecosystems. The damage created by invasive species is mounting, and attempts of control have cost many millions of dollars. Kudzu, an invasive plant that has taken over the American South, is a good example. Similarly, English ivy is an attractive, but invasive, plant that causes incredible environmental damage in the Pacific Northwest.

What are Introduced Species?

There are many ways species are introduced into the environment, but one of the most common is by ship. For example, insects or small animals are tucked into shipping pallets, rodents stow away in ship’s cellars and various forms of aquatic life are picked up in ballast water, which is then dumped in a new environment. Even cruise passengers or other unsuspecting world travelers can transport small organisms on their clothing or shoes.

Many species were innocently introduced to America by settlers who brought favorite plants from their homeland. Some species were introduced for monetary purposes, such as the nutria – a South American species valued for its fur, or various types of fish introduced into fisheries.

So now that you have a basic understanding of invasive and introduced species, the next thing to consider is exotic vs. invasive species. What is an exotic species, and what’s the difference?

“Exotic” is a tricky term because it is often used interchangeably with “invasive.” The USDA defines an exotic plant as “not native to the continent on which is now found.” For example, plants that are native to Europe are exotic in North America, and plants native to North America are exotic in Japan. Exotic plants may or may not be invasive, although some may become invasive in the future.

Of course, chickens, tomatoes, honeybees, and wheat are all introduced, exotic species, but it’s difficult to imagine any of them as “invasive,” although they are technically “exotic”!

The USDA defines noxious weed plants as “those that can directly or indirectly cause problems for agriculture, natural resources, wildlife, recreation, navigation, public health or the environment.”

Also known as nuisance plants, noxious weeds can be invasive or introduced, but they can also be native or non-invasive. Basically, noxious weeds are simply pesky plants that grow where they aren’t wanted.