Identification And Treatment Of Locoweed – Tips On Controlling Locoweed 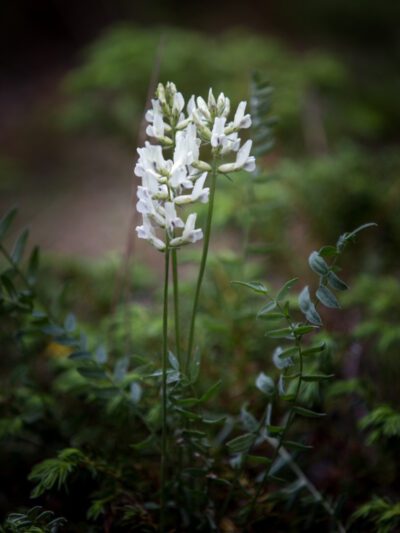 Poisonous locoweed (genera Astragalus and Oxytropis) contains a compound called swainsonine. The compound causes erratic behavior in cattle that eat the plant and eventually may kill them. What is locoweed? The pest plant is a native weed found across the southwestern United States. There are several varieties of the weed, with some of them more toxic than others.

It is important to know how to control locoweed in ranching areas. The first steps start with identifying locoweed and recognizing its poisoning symptoms in animals.

Locoweed is also known as milk vetch. There are over 300 species but not all are toxic. Cattle that graze on the plant may stumble, have glazed dull eyes, run in circles, stagger, or drool. Over time they lose weight, spontaneously abort calves, and have low fertility rates in both males and females. The animals are weak and become easy prey for predators. They are also more susceptible to diseases.

In cattle country, this plant is extremely dangerous for the ranchers and treatment of locoweed is a primary goal. Locoweed poisoning in cattle may show up within three to four hours and sometimes death can follow immediately after.

Locoweed is a low growing plant that spreads in clumps. The leaves are pinnate and terminate in smaller leaflets. Locoweed is a perennial herb with legume pods and pea-like flowers. The plants are most toxic when they are young.

By the end of summer, they have turned brown and are dying back, becoming twiggy. The poison is less effective to cattle at this time. The plant is a cool season weed that does much of its growth in winter and then greens up in spring. This is when the toxin is at its highest. The most common type of locoweed is white, woolly, or purple.

How to Control Locoweed

Controlling locoweed is tough, but you have a chance if you start when the plants are young. Foliar sprays, which translocate through the leaves to the roots, are the best way of controlling locoweed. A mixture of picloram and 2,4D is the most common treatment of locoweed.

It has recently been discovered that a species of weevil can eat the roots of the plants and successfully kill the weed. It only takes a few of the weevils to take out a plant, but attracting the bugs is the tough part. Eventually, they will probably be available as part of biological warfare against the pest plant.