Arctic Gardening – Can You Garden In The Arctic 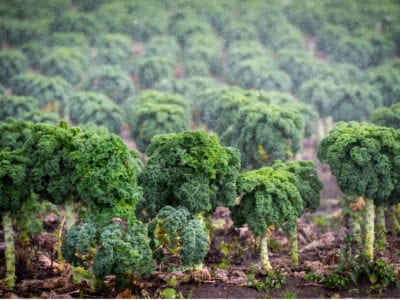 Anyone accustomed to gardening in a mild or warm climate will need to make big changes if they move north to the arctic. The techniques that work to create a thriving northern garden are very different indeed.

Let’s start with the basics: Can you garden in the arctic? Yes you can, and people in the far north are excited about arctic gardening. Gardening in the arctic is a matter of adjusting your routine to the climate and selecting appropriate arctic circle plants.

Can You Garden in the Arctic?

People living in the far north, including Alaska, Iceland and Scandinavia, enjoy gardening as much as much as those dwelling in warmer climes. Success depends on learning techniques to facilitate arctic gardening.

For example, it’s critical for anyone with a northern garden to get their crops into the ground as soon as possible after the last frost of spring. That’s because the cold winter is only one factor in working a northern garden. The limited growing season is just as much of a challenge for gardening in the arctic.

In addition to a short growing season, the arctic presents several other challenges to a gardener. The first is day length. In the winter, the sun sometimes doesn’t even peek out above the horizon, but places like Alaska are famed for their midnight sun. Long days can cause regular crops to bolt, sending the plants into seed prematurely.

In a northern garden, you can beat bolting by selecting varieties known to perform well under long days, sometimes called arctic circle plants. These are usually sold in garden stores in a cold area, but if you are buying online, look for brands especially made for long summer days.

For example, Denali Seed products have been tested and perform well under extremely long summer days. It’s still important to get cool-weather crops like spinach into the ground as early as possible in spring for harvesting before mid-summer.

In some areas, arctic gardening almost has to be done in greenhouses. Greenhouses can extend the growing season considerably, but they can also be quite expensive to set up and maintain. Some Canadian and Alaskan villages install community garden greenhouses to allow for arctic gardening.

For example, in Inuvik, in Canada’s Northwest Territories, the town made a large greenhouse out of an old hockey arena. The greenhouse has many levels and has been growing a successful vegetable garden for over 10 years. The town also has a smaller community greenhouse producing tomatoes, peppers, spinach, kale, radishes and carrots.