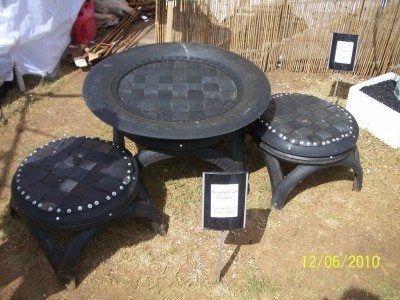 Although here in the United Kingdom we may have been a little slower than our European cousins to truly embrace the recycling movement, there are signs that we are catching up. In fact, urban areas in particular are, on average, increasing the percentage of waste that is recycled by the most significant proportions.

There are many factors that may be contributing to this phenomenon. Whilst sustained advertising campaigns promoting the benefits of recycling are becoming less common nowadays, big business has taken a lead, most notably with supermarkets discouraging the use of disposable carrier bags.

Although it could be argued that supermarkets still have a long way to go towards reducing the volume of non-vital packaging used to carry and display their foods, it is undoubtedly a leap forward. Not unlike the rise in popularity of Fairtrade and organic goods in recent years, many consumers are looking for further ways to ‘go green’ by making a greater proportion of their purchases environmentally friendly ones– such as with recycled garden furniture.

A not-so-obvious, but rapidly growing trend, is the purchase of outdoor garden furniture that is manufactured using recycled materials, chiefly aluminum derived from used drinks cans.

Urban households generally make the most of their urban garden space. A growing number of people living and working in urban areas are relocating to quieter, rural spots to escape the ‘rat race’ of modern day city living. Whilst this trend looks set to continue, it is not always possible for many families due to financial factors, current circumstances, or preference.

In such instances, the garden is often the closest an urban family will get to the great outdoors within their day to day routine. Despite the fact that gardens in the city are generally smaller than those in the country, the average amount of money a family living in an urban setting would spend on their garden is on the increase. This trend is echoed by a desire expressed by many urban families to make the most of their outside space simply by sprucing up their gardens with the addition of recycled garden furniture.

Using Recycled Furniture for the Garden

New outdoor garden furniture could be just what your garden needs! We all enjoy a nice garden, even those of us who are a little less green-fingered than the average. For some, a garden is simply somewhere to light a barbeque and socialize with friends. For others, it is a safe haven in which the children can play and a space wherein which the stresses and strains of modern life can melt away. Whatever you use your garden for, you’d be amazed how much difference a new set of outdoor garden furniture can make.

A variety of recycled garden furniture, manufactured by Tredecim, include both contemporary and classical styles and are endorsed by the world’s largest garden charity, the Royal Horticultural Society.

Tredecim manufactures outdoor garden furniture sets entirely from 100% recycled aluminum, within their own production facility in the rolling hills of Gloucestershire. Despite the recent economic downturn, Tredecim has enjoyed an unprecedented growth in sales, helped along significantly by the ever-increasing demand for recycled goods.