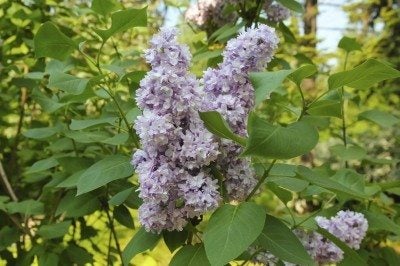 One of the best ways a gardener can cut down water usage is to replace thirsty bushes and hedges with drought resistant shrubs. Don’t think that shrubs for arid conditions are limited to spikes and thorns. You can find lots of species to choose from, including drought tolerant flowering shrubs and drought tolerant evergreen shrubs.

The best drought tolerant shrubs vary from region to region. The trick is to find drought resistant shrubs that grow well in your area. Select shrubs on a site-by-site basis, taking soil, climate, and exposure into account.

When you are selecting shrubs for arid conditions, remember that all shrubs need irrigation while they are establishing a root system. Even the best drought tolerant shrubs – including drought tolerant evergreen shrubs – only develop the ability to use water efficiently after the initial planting and establishment period is over.

Many people think of drought tolerant evergreen shrubs as a Christmas tree species. However, you can find both needled and broadleaf trees that hold onto their leaves through winter.

Since plants with small leaves suffer less water stress than those with big leaves, it is no surprise that some of the best drought tolerant plants are needled evergreens.

If you want broadleaf evergreen shrubs, you can pretty much select any species of holly (Ilex spp.) and be certain you have drought resistant shrubs. Japanese, inkberry, and American holly are all excellent choices.

You don’t have to give up bushes with blossoms to lower water use. Just be selective. Some of your old favorites might actually be just what you require.

If you have a couple of bottlebrush buckeye (Aesculus parvifolia) in the garden, you’ve already found shrubs for arid conditions. Ditto with the following:

Other great drought tolerant flowering shrubs may be less familiar. Look at these, for instance: