Can You Put Dryer Lint In Compost Piles: Learn About Composting Lint From Dryers 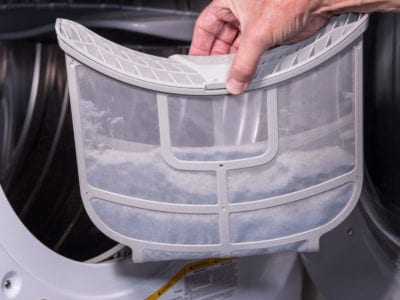 A compost pile gives your garden a constant supply of nutrients and soil conditioner while recycling garden, lawn and household waste. Each pile requires a large variety of materials, which are divided into two types: green and brown. Green materials add nitrogen to the mix, while brown adds carbon. Together, the two combine to decompose and turn into a rich, brown substance. A common question is, “Can you put dryer lint in compost piles?” Let’s find out.

Can You Compost Dryer Lint?

In a nutshell, yes you can. Composting lint from dryers is a simple task, as this brown material is easy to save until you have enough to add to the mix.

Is Dryer Lint Beneficial to Compost?

Is dryer lint beneficial to compost? While dryer lint in compost isn’t the powerhouse of nutrients as other materials, such as kitchen waste, it still adds some carbon and fiber to the mix. In order for a compost heap to decompose completely, it has to contain an even mix of both brown and green materials, as well as soil and moisture.

If your pile is heavy on the green because you unloaded a grass catcher on top, dryer lint can bring that equation back into balance.

How to Compost Dryer Lint

How can you put dryer lint in compost piles? Set a container in your laundry room for saving the lint, such as a milk jug with the top cut off or a plastic grocery bag hung on a hook. Add the handful of lint you find every time you clean the lint trap.

Once the container is full, compost dryer lint by spreading the contents over the top of the pile, dropping handfuls evenly. Moisten the lint with a sprinkler and mix it in a bit with a rake or shovel.