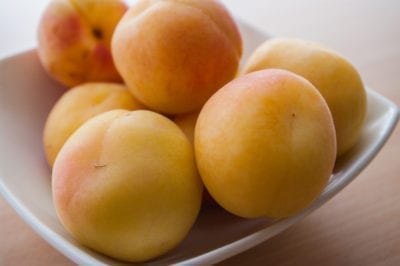 Image by Inspired by Travel

What is an Armenian Plum?

If you read up on Armenian plum facts, you learn something confusing: that the fruit actually goes by the common name of “apricot.” This species is also known as ansu apricot, Siberian apricot, and Tibetan apricot.

The different common names attest to the ambiguity of the origins of this fruit. Since the apricot was extensively cultivated in the prehistoric world, its native habitat is uncertain. In modern times, most trees growing in the wild have escaped from cultivation. You can only find pure stands of the trees in Tibet.

Is an Armenian Plum an Apricot?

So, is an Armenian plum an apricot? In fact, although the fruit tree is in the subgenus Prunophors within the genus Prunus together with the plum tree, we know the fruits as apricots.

Since plums and apricots fall within the same genus and subgenus, they can be cross-bred. This has been done in recent times. Many say that the hybrids produced the aprium, plumcot, and the pluot, finer fruits than either parent.

Armenian plums, better known as apricots, grow on small trees that are usually kept under 12 feet (3.5 m.) tall when cultivated. Their branches extend into wide canopies.

Apricot flowers look a lot like the blossoms of stone fruit like peach, plum, and cherry. The flowers are white and grow in clusters. Armenian plum trees are self-fruitful and do not require a pollinizer. They are pollinated largely by honey bees.

Apricot trees don’t bear substantial amounts of fruit until three to five years after planting. The fruit of the Armenian plum trees are drupes, about 1.5 to 2.5 inches (4-6 cm.) wide. They are yellow with a red blush and have a smooth pit. Flesh is mostly orange.

According to Armenian plum facts, the fruits take between three and six months to develop, but the main harvest takes place between May 1st and July 15th in places like California.