Drought-Tolerant Grapes – How To Grow Grapes In High Heat 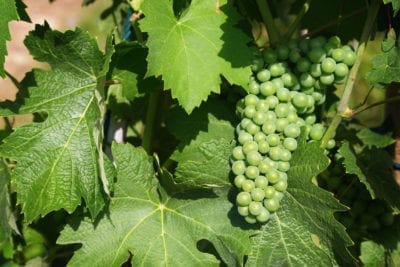 Planting grapevines is a great way to introduce perennial fruit into the garden patch. Grape plants, though requiring some initial investment, will continue to reward gardeners for many seasons to come. For the best chance at success, however, it will be important to maintain optimal growing conditions. As with many plants, it is especially important to take the irrigation needs of grapevines into consideration before planting.

The impact of high heat and drought may be one of the greatest factors in choosing which grape cultivars to grow. Let’s learn more about grapes that can tolerate heat and drought-like conditions.

How to Grow Grapes in High Heat and Drought

Before adding grapevines to the garden, it will be important to decide which type is most suitable to your climate. American hybrid grapes are a very popular choice throughout the eastern United States. This is due largely to their disease resistance and adaptability to the region’s wet weather conditions. Those living in hot, dry growing zones may consider adding European vines to their yards.

While most European grapes are specifically used for the production of wine, there are several cultivars for fresh eating and juicing. When growing grapes in dry conditions, European plants are often the best option, as they have shown great tolerance to reduced water. In fact, these drought-tolerant grapes have shown minimal losses in even the driest of growing seasons throughout the United States.

Grapes that can tolerate heat do require some irrigation throughout the growing season. This is especially important after planting, as the vines become established. Once established, European grapevines are known to develop long and deep root systems that assist in their survival of long periods without water.

Many winegrowers use periods of drought to their advantage. Well-timed drought conditions (related to harvest window) can actually enhance the taste of wines that have been produced from these grapes. When growing these grapevines at home, gardeners will benefit from weekly irrigation throughout the entirety of the growing season.

With planning and proper care, growers can expect bountiful harvests of fresh grapes in as little as two years from planting.

To get the most of your grape harvest in hot, dry regions, here are some of the most favorable grapevines that survive drought: