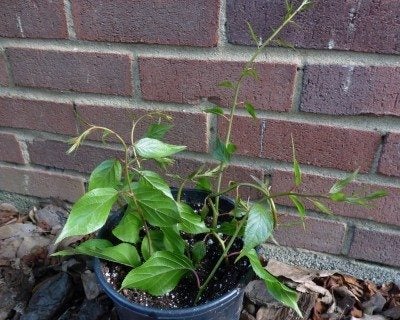 Kiwi plants are usually propagated asexually by grafting fruiting varieties onto rootstock or by rooting kiwi cuttings. They may also be propagated by seed, but the resulting plants are not guaranteed to be true to the parent plants. Propagating kiwi cuttings is a fairly simple process for the home gardener. So how to grow kiwi plants from cuttings and when should you take cuttings from kiwis? Read on to learn more.

When to Take Cuttings from Kiwis

As mentioned, while kiwi may be propagated by seed, the resulting plants are not guaranteed to have the desirable traits of the parent such as cane growth, fruit shape, or flavor. Root cuttings are, thus, the propagation method of choice unless breeders are trying to produce new cultivars or rootstocks. Also, seedlings started from seed take up to seven years of growth before their sexual orientation can be determined.

How to Grow Kiwi Plants from Cuttings

Growing kiwi from cuttings is a simple process.

At that time, your growing kiwis from cuttings should be ready to transplant into 4-inch (10 cm.) deep pots and then returned to the greenhouse or similar area until the plants are ½ inch (1 cm.) across and 4 feet (1 m.) tall. Once they have attained this size, you can transplant them into their permanent location.

The only other considerations when propagating kiwi from cuttings are the cultivar and sex of the parent plant. California male kiwis are generally propagated through grafting onto seedlings since cuttings don’t root well. ‘Hayward’ and most of the other female cultivars root easily and so do the New Zealand males ‘Tamori’ and ‘Matua.’