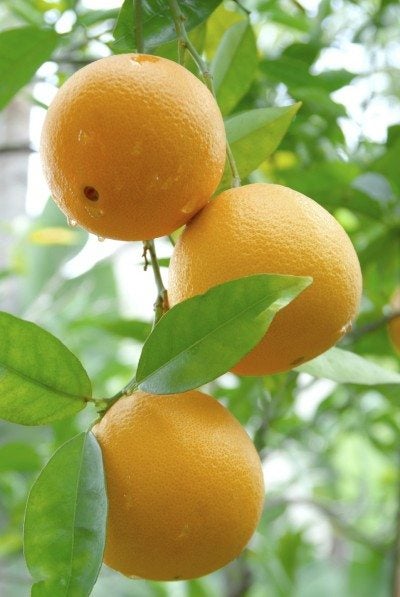 Can’t start the day without a glass of orange juice? You certainly aren’t alone. Oranges in their many forms– juice, pulp, and rind– are sought after fruits throughout the world. Generally speaking, orange juice as we know it in North America comes from navel oranges. However, there are many types of oranges. Just how many orange varieties are there? Let’s find out.

How Many Orange Varieties are There?

The sweet orange (Citrus aurantium var. sinensis) is not to be found in the wild. It is a hybrid, although of which two types there is much conjecture. Most sources seem to settle on the marriage between the pomelo (Citrus maxima) and the mandarin (Citrus reticulata).

Confusion surrounds the origin of cultivation as well, but it is assumed to have first been grown in China, northeastern India, and possible southeastern Asia. Italian traders carried the fruit to the Mediterranean around 1450, or Portuguese traders around 1500. Up to that point, oranges were primarily used for medicinal purposes, but wealthy aristocrats soon seized upon the fragrant, succulent fruit for themselves.

There are two basic categories of orange: the sweet orange (C. sinensis) and the bitter orange (C. aurantium).

Sweet orange is divided into four classes, each with distinct characteristics:

Also included among the sweet common orange varieties is an original citrus species, the mandarin. Amongst its many cultivars are:

Of the bitter oranges there exists:

Some oriental fruits are included in the category of bitter orange as well. These include:

Wow! As you can see there are a dizzying variety of oranges out there. Certainly there must be a type of orange suited just to you and your morning orange juice fix!

Printer Friendly Version
Read more about Orange Trees
<PreviousNext>
Did you find this helpful? Share it with your friends!
FacebookTweetPinEmail
Related Articles
Newest Articles
You might also like…
Additional Help & Information