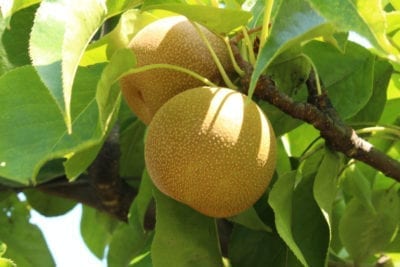 Asian pears offer a delicious alternative to European pears for those of us that don’t live in warm regions. Their resistance to many fungal issues makes them especially great for gardeners in cooler, wetter climates. 20th Century Asian pear trees have a long storage life and produce fairly large, sweet, crisp fruits that became one of the premier pears in the Japanese culture. Learn about growing 20th Century Asian pears so you can decide if they would be the perfect tree for your gardening needs.

What is a 20th Century Pear?

According to 20th Century Asian pear info, this variety got its start as a happy accident. It is not known what the tree’s exact parentage was, but the seedling was discovered in 1888 by a young boy living in what was then, Yatsuhshira in Japan. The resulting fruit turned out to be larger, firmer, and more succulent than the popular varieties of the time. The plant does have an Achilles heel but, with good care, it surpasses many of the Asian pear varieties.

20th Century pear trees are hardy to USDA zones 5 to 9. Although self-fruiting to an extent, planting two more compatible varieties nearby can help increase production. Expect mature trees to grow 25 feet (8 m.) and start producing seven to ten years after planting. It may take some time to enjoy the juicy pears, but this is a long lived tree with good care and can last at least another generation.

The Nijisseiki Asian pear was once the most planted tree in Japan but is now relegated to third place. Its popularity was at its peak in the early 1900’s and the original tree was designated a national monument in 1935. The first tree was named Shin Daihaku but changed to 20th Century in 1904.

The variety is cold hardy, as well as heat and drought tolerant. The fruits are medium to large, golden yellow and sweetly juicy with firm, white flesh. At the time of its introduction, the fruit was considered superior to the current favorites and, in time, won awards and accolades throughout the region.

As with most fruit, production will peak if the plant is in full sun and situated in well-draining soil. The primary issues with 20th Century are alternaria black spot, fire blight, and codling moth. With a rigorous fungicide program and excellent cultural care, these problems can be minimized or even avoided.

The tree has a medium growth rate and can be pruned to keep fruit low enough for hand picking. Keep young trees moderately moist and train them to a central leader with plenty of air flow at the center. Once the tree is producing, it may be helpful to thin fruit to avoid stressing the branches and get larger, healthier pears.