Watermelon Disease Control: How To Treat Diseases Of Watermelon Plants 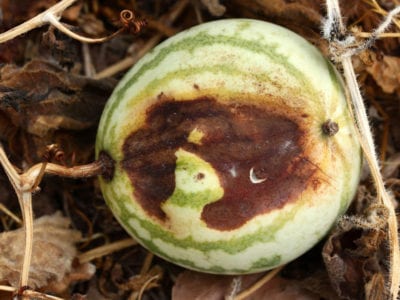 Watermelons are one of the iconic fruits of summer; there’s nothing like biting into the crisp, cool flesh of a perfectly ripe melon picked off the vines in your own garden. Unfortunately, not everybody gets the pleasure, especially when diseases of watermelon plants derail otherwise well-laid garden plans. If your watermelons are having problems, they may be suffering from one of these common watermelon diseases. Don’t worry, we’ve got plenty of tips for watermelon disease control.

Watermelons are generally pretty tough numbers, but once in a while they develop problems that can seem insurmountable. Treating watermelon problems is often a simple matter, but the first thing you’ve got to do is figure out what’s causing your problems. Look for these common watermelon diseases this summer: