Tips For The Control Of Downy Mildew 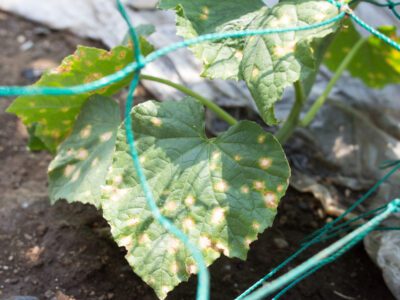 A common but under diagnosed problem in the spring garden is a disease called downy mildew. This disease can damage or stunt plants and is difficult to diagnose. However, if you are familiar with the different ways this disease presents itself and with the conditions in which it can grow in, you will be better able to take steps to control downy mildew in your garden.

What is Downy Mildew?

Often times, when gardeners hear the name downy mildew, they think this disease is related to another common garden disease called powdery mildew. While the two have very similar names, they are two very different diseases.

Since it is closely related to algae, downy mildew needs water to survive and spread. It also needs cooler temperatures. You are most likely to see downy mildew in your plants in the spring, where rainfall is frequent and temperatures stay cool.

One of the tricky things about downy mildew is that it can appear different ways, depending on what kinds of plants it is infecting. Most often, an infection of downy mildew will also include a fuzzy, soft looking growth that can be white, grey, brown, or purple. This growth is most commonly seen on the lower leaves of the plant. This growth is where this disease gets its name from, due to its downy appearance.

Other common symptoms for downy mildew include mottling or spots on the leaves. The spotting will be yellow, light green, brown, black, or purple. In some cases, the mottling may look like chlorosis.

Plants that are affected by downy mildew may be stunted or have leaf loss.

Once your plants have downy mildew, the best thing you can do is to try to eliminate moisture and humidity around the plants. As mentioned, make sure your are watering from below. If possible, try to improve air circulation through selective pruning. In enclosed environments, like in the house or in a greenhouse, reducing the humidity will help as well.

Regardless of what you do, downy mildew normally clears itself up in the outdoor garden once the weather warms up, as this disease does not survive well in warm temperatures. If your plants only have a mild case of downy mildew, your best option may be to simply wait for warmer weather.