General Grains
By: Becca Badgett, Co-author of How to Grow an EMERGENCY Garden
Printer Friendly Version 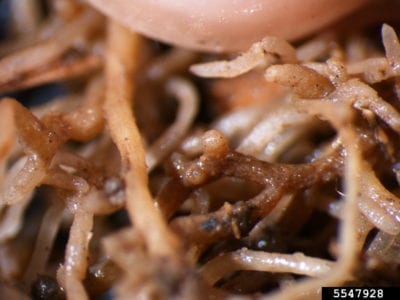 Most wheat, oats, and barley varieties grow during cool seasons and mature as the weather warms. Growing from early winter with a late spring harvest, the crop is less vulnerable to warm season pests. However, there are issues that arise during the cool season. One of the most prominent issues is cereal cyst nematodes. If you’re curious and asking, “what are cereal cyst nematodes,” read on for an explanation.

Nematodes are tiny worms, often roundworms and cutworms. Some are free-living, feeding on plant materials such as wheat, oats, and barley. These can cause extreme damage and make crops unsaleable.

Yellowing patches above ground can indicate you have this nematode in the crop. Roots may be swollen, ropey, or knotted with shallow growth. Small white cysts on the root system are female nematodes, loaded with hundreds of eggs. Juveniles do the damage. They hatch when temperatures drop and autumn rain occurs.

Warm and dry weather in fall delay hatching. These nematodes do not usually appear and develop until after the second planting of a cereal crop in the same field.

Learn how to stop cereal cyst nematodes to avoid such issues with your crops. A few ways to do this include:

Fertile, weed-free, and well-draining soil is less likely to retain these pests. Cereal cyst nematodes only feed on grasses and cereal crops and use those plants for hosts. Plant a non-cereal crop in spring to encourage those remaining to move out because of no host and food shortage.

Once your field is infested, cereal cyst nematode control is not practical. It is highly dangerous to use chemicals on these crops and the cost is prohibitive. Use the tips above to keep your field free of the pest.