Do I Have Catmint Or Catnip: Are Catnip And Catmint The Same Plant 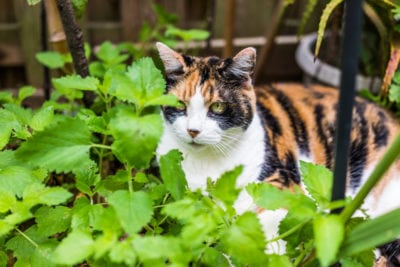 Cat lovers who also love to garden are likely to include cat-favorite plants in their beds, but it can get a little confusing. Especially tricky is catnip vs. catmint. All cat owners know their furry friends love the former, but what about catmint? Is it the same thing or a different plant cats enjoy? While the two plants are similar, there are important distinctions.

Are Catnip and Catmint the Same?

It can be easy to mistake these two plants as simply different names for the same thing, but they are, in fact, different plants. Both are part of the mint family and both belong to the Nepeta genus – catnip is Nepeta cataria and catmint is Nepeta mussinii. Here are some other differences and similarities between the two plants:

Catnip has a weedier appearance, while catmint is often used as a pretty, flowering perennial in beds.
Catmint flowers more continuously than catnip. Catnip flowers are typically white. Catmint flowers are lavender.
Some people harvest catmint leaves to use as a culinary herb similar to mint.
Both plants attract bees and butterflies in the garden.
Both plants are fairly easy to grow.

Do Cats Want Catmint or Catnip?

For gardeners with cats, the main difference between catmint and catnip is that only the latter will stimulate cats and make them go crazy. Catnip leaves contain a compound called nepetalactone. This is what cats love and what induces them to eat the leaves that give them a euphoric high. Nepetalactone also repels insects, so it’s not bad to have around the house.

Some people report that their cats show some interest in catmint. Those that do are more likely to roll around in the leaves than to eat them as they do with catnip. If you are looking for a plant to grow purely for the enjoyment of your cats, go with catnip, but if you want a prettier perennial with ongoing blooms, catmint is the better choice.