Is Chicory Edible: Learn About Cooking With Chicory Herbs 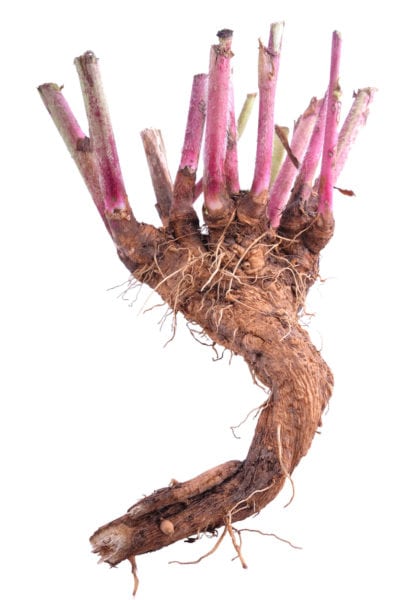 Have you ever heard of chicory? If so, did you wonder if you can eat chicory? Chicory is a common roadside weed that can be found throughout North America but there’s more to the story than that. Chicory is, indeed, edible and cooking with chicory dates back hundreds of years. Now that you know that eating chicory plants is okay, and readily available, the question is how to use chicory.

Can You Eat Chicory Root?

Now that we have ascertained that chicory is edible, exactly which parts of the plant are edible? Chicory is an herbaceous plant in the dandelion family. It has bright blue, and sometimes white or pink, blossoms. When eating chicory plants the leaves, buds, and roots can all be consumed.

Any trip to New Orleans should include a stop at the famous Café Du Monde for a delicious cup of café au lait with chicory and, of course, a side of hot beignets. The chicory part of the coffee comes from the roots of the chicory plant that are roasted and then ground up.

While chicory is a component of New Orleans style coffee, it can and has in times of hardship been used entirely as a substitute for coffee. In fact, during the Civil War, the Union navy cut off the port of New Orleans, one of the largest coffee importers at the time, thus making chicory coffee a necessity.

Besides the edible root, chicory has other culinary uses as well.

How to Use Chicory Plants

Chicory has many guises, some more common than you might think. You may be more familiar with chicory’s cousins Belgian endive, curly endive (or frisee), or radicchio (which is also called red chicory or red endive). Of these, the leaves are consumed either raw or cooked and have a slightly bitter flavor.

Wild chicory is a rather scraggly looking plant, originally from Europe that can be found along roadsides or in open weedy fields. When cooking with chicory, harvest in the spring or fall since summer’s heat makes them taste bitter, albeit still edible. Also, when eating wild chicory plants, avoid harvesting along the road or ditches nearby where diesel and other toxic runoff accumulates.

Chicory roots can also be grown inside in the dark where they form pale young shoots and leaves that can be eaten as fresh “greens” throughout the winter.