Information On How To Grow Chicory 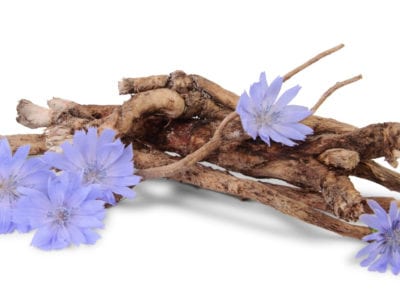 Chicory plant (Cichorium intybus) is an herbaceous biennial that is not native to the United States but has made itself at home. The plant can be found growing wild in many areas of the U.S. and is used both for its leaves and its roots. Chicory herb plants are easy to grow in the garden as a cool season crop. Seeds and transplants are the primary means of growing chicory.

There are two types of chicory plant. Witloof is grown for the large root, which is used to make a coffee supplement. It can also be forced to use the tender white leaves called Belgian endive. Radicchio is grown for the leaves, which may be in a tight head or a loosely packed bunch. Radicchio is best harvested very young before it turns bitter.

There are many varieties of each type of chicory.

Witloof chicory plants to grow are:

Varieties for planting chicory for leaves only include: 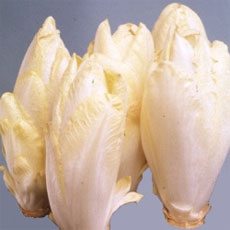 Seeds can be started indoors five to six weeks before they are moved outdoors. In warm climates, sowing outdoors or transplanting occurs September through March. Planting chicory in cooler climates should be done three to four weeks before the danger of frost has passed.

Sow chicory seeds 6 to 10 inches (15-25 cm.) apart in rows that are 2 to 3 feet (61-91 cm.) apart. You can always thin the plants if they crowd each other but close planting discourages weeds. The seeds are planted ¼ inch (6 mm.) deep and thinning is done when the plants have three to four true leaves.

You can also sow a crop for fall harvest if you choose a variety that has an early maturation date. Planting chicory seed 75 to 85 days before anticipated harvest will ensure a late crop.

Chicory herb plants that are to be forced for blanched leaves will need to have the roots dug up before the first frost. Cut the leaves to 1 inch (2.5 cm.) and store the roots for three to seven weeks in the refrigerator before forcing. Plant the roots individually after chilling to force the leaves to grow in a tight, blanched head.

How to Grow Chicory

Learning how to grow chicory is similar to learning how to grow most lettuces or greens. The cultivation is very similar. Chicory requires well drained soil with plenty of organic matter. It performs best when temperatures are below 75 degrees F. (24 C.).

Extended care of the chicory crop requires vigilant weeding and a mulch to prevent moisture loss and further weed growth. Chicory plant requires 1 to 2 inches (2.5-5 cm.) of water per week or enough to keep the soil evenly moist and reduce the chance of drought stress.

The herb is fertilized with ¼ cup of nitrogen based fertilizer such as a 21-0-0 per 10 feet (3 m.) of row. This is applied approximately four weeks after transplant or once the plants have been thinned.

Growing chicory as a forced vegetable necessitates row covers or individual plantings that are kept from light.

Printer Friendly Version
Read more about Chicory
Next>
Did you find this helpful? Share it with your friends!
FacebookTweetPinEmail
Related Articles
Newest Articles
You might also like…
Additional Help & Information