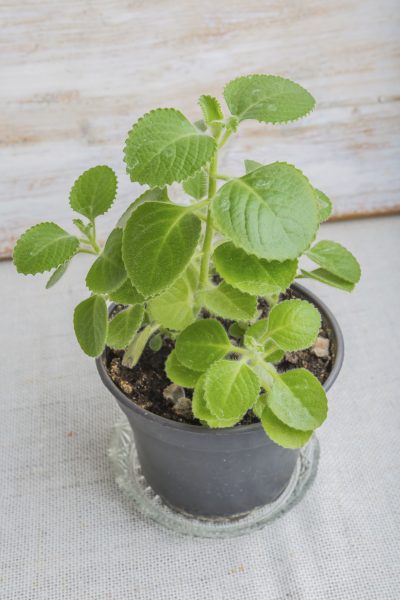 Succulents are easy to grow, attractive and aromatic. Such is the case with Cuban oregano. What is Cuban oregano? It is a succulent in the Lamiaceae family, also known as Spanish thyme, Indian borage, and Mexican mint. It is not a true oregano in the family, Origanum, but has a scent characteristic of the true oreganos. There are numerous culinary and traditional Cuban oregano uses. Once you know how to grow Cuban oregano, try this lively little plant in containers, a well-drained, partially sunny area of the garden or in trailing baskets.

What is Cuban Oregano?

Plectranthus amboinicus is a perennial succulent with aromatic foliage. It is often grown as a houseplant but can thrive outdoors in warm season regions or in summer. Leaves contain pungent oils, which can be harnessed for cooking.

The flavor of Cuban oregano is said to be much stronger than Greek oregano, the herb most frequently used to flavor pizzas and other Mediterranean dishes. Harvesting Cuban oregano and using it in recipes can provide similar flavor to traditional oreganos, but should be used in more moderate amounts to avoid over-seasoning the dish.

Cuban oregano is a member of the mint or deadnettle family. As such, it has characteristic thick, fuzzy leaves with a strong pleasing odor. Leaves are grayish green and finely haired and saw-toothed at the edges. Flowers are borne in panicles and may be white, pink, or lavender.

Plants grow between 12 and 18 inches (30.5 and 45 cm.) tall and may develop a trailing habit, making it attractive in hanging baskets. As an in-ground plant, it will spread to a small mounded ground cover. Cuban oregano growing requirements are somewhat different than traditional oreganos, as they may burn in full sun and perform better in some light shade.

How to Grow Cuban Oregano

Choose a site with well-draining, gritty soil in partial sun for this little plant. It is frost tender but does well in tropical to semi-tropical areas year around. In temperate regions, grow the plant in a container and bring it indoors in fall.

Cuban oregano does most of its growth in spring and summer and prefers hot, dry conditions. That doesn’t mean it doesn’t need water, however. The plant needs regular irrigation but cannot survive consistently wet roots, which makes drainage especially important.

Growing plants in containers makes it easier to accommodate Cuban oregano growing requirements by moving it as the seasonal sun gets hotter in certain areas of the garden. Some noon-day shade is required to prevent leaves from burning and ruining their appearance.

Cuban oregano leaves can be used just like regular oreganos. Harvesting Cuban oregano leaves for traditional medicinal purposes can be traced back centuries. It was useful in the treatment of respiratory and throat infections as well as rheumatism, constipation, flatulence and as an aid to stimulate lactation.

Modern applications use it as a substitute for Mediterranean oreganos, either dried or fresh. The leaves may be dried and crushed to add to meat dishes. Fresh leaves, in small amounts, are used in soups and stews, and in stuffing for poultry and other meat. Be cautious, as the plant is very strongly flavored and can overpower other seasonings.

This little plant has attractive foliage, the blooms attract pollinators and its use in the kitchen adds another tool to your culinary prowess.