How To Revive Dying Lavender Plants 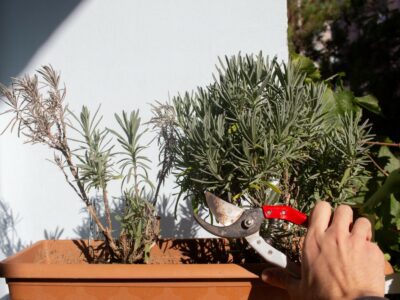 Lavender (Lavandula) is a beautiful, aromatic plant native to the Mediterranean which many gardeners incorporate into their landscape, sometimes with dismaying results. If you notice your lavender plants dying, you’re probably wondering why and how to revive lavender.

Why is My Lavender Plant Dying?

If you’ve noticed your lavender plant is looking a bit peaked, the first order of business is to identify the cause. Lavender plants can be a bit persnickety. For one thing they require well-draining soil with a pH of 6 to 8. A soil test will help to determine if the pH needs adjusting. To raise pH, amend the soil with limestone.

As lavender hails from the Mediterranean, this plant needs plenty of sun; six to eight hours per day. New plants are not yet able to tolerate the heat, however, so plant them in early to mid-spring so they have time to acclimate before the hot temps of summer.

Also, some people may think their lavender plant is dying when in fact it is dormant. Dormancy happens when temps cool and sunlight is less available. Dead lavender will have no sign of green but instead the branches will be brown and hollow.

Both potted lavender and those in the earth can be affected by over or underwatering. Overwatered lavender may have yellowing leaves, initially on the lower leaves. Dropping, a rotting odor, and of course sodden soil are also indicators of an overwatered lavender dying.

Underwatered lavender will droop and the soil will feel completely dried out. To correctly water potted lavender, soak the soil well and then allow the top inch (2.5 cm.) to dry out completely before watering again.

Root rot is a common problem caused by overwatering that results in a lavender plant dying. If you suspect root rot you must act quickly to save the plant. Remove the plant from the soil and prune off any affected roots. Then replant the lavender in well-draining soil.

Insects can also cause a lavender plant to die. Spittlebugs and froghoppers both suck the sap from plants. You can detect them by observing the white, frothy blobs that appear on the stems and leaves of infested plants.

The four-lined plant bug (FLPB) is another sucking insect that feeds on new leaves and stems from late May to early July. Infested leaves end up being spotted with uniform white or gray dots. Generally, the damage done here is more ornamental than deadly.

Lavender shab is another fungal disease which results in twisted, brown stems along with tiny black dots on the stem. This disease is easily transmitted so pull out infected plants and destroy them.

How to Revive Lavender