Benefits Of Lovage Herb : What To Do With Lovage Plants 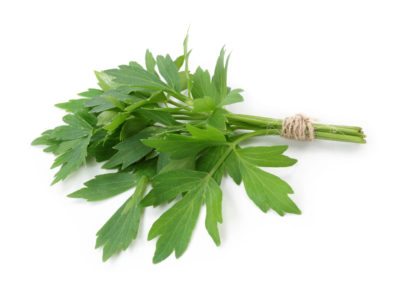 Lovage is a country cousin of parsley and can be used in much the same way. It doesn’t have a very strong flavor and, for that reason, has been put in the back seat compared to parsley, but there are numerous lovage health benefits that may bring this plant back out into the light. The Greek and Roman civilizations were known for using lovage herbs in healing practices as well as in culinary adaptations. What to do with lovage today? The herb is even more popular with a large population in both Europe and Asia, using it often in recipes and a worldwide following of use as a medicinal.

Lovage herbal remedies have been around for centuries. The plant probably originated in the Mediterranean but has a widespread use in alcoholic beverages and common recipes across the globe. Much of its use was also as an anti-inflammatory, skin conditioner, menstrual support, gastric balm and much more. Lovage is probably best known as a digestive aid, relieving flatulence and other stomach discomfort.

In addition to helping digestion, lovage was commonly used to strengthen the heart and as a respiratory aid. It was also useful as a diuretic, to treat kidney stones and as a blood purifier. It was traditionally used to treat gout, rheumatism and skin problems.

Lovage herbal remedies go back to the 12th century and were an important therapy in the medieval School of Salerno. Historically speaking, using lovage herbs took place in medical theatres but also in farm houses and village pubs. It is an easy-to-grow perennial herb, which will often spread by seed. As a wild herb, it would have been common and easy to find and the benefits of lovage widely known.

Lovage is high in many nutrients and minerals. It has loads of Vitamin C and B complex. The plant also has Quercetin, which inhibits histamine and helps with allergy symptoms. Many women also find relief from menstrual symptoms with lovage supplements. Cosmetics that include extracts of lovage can help diminish acne, clear skin and treat dermatitis.

For those that like to do “cleanses,” lovage is a diuretic that will help flush the body without producing electrolyte loss. This property leads to its use to enhance kidney health. The herb also has the potential to help with arthritis sensitivity, boost respiration processes, and has anti-bacterial properties. The most common side effect seems to be photosensitivity in high doses.

What to Do With Lovage

Lovage is a cousin of parsley but tastes closer to celery. Use it in soups and stews or anywhere else you would use celery. It has a bright flavor that makes it perfect in a summer salad. All parts of the plant are useful, including the roots. It is particularly delightful when paired with pork or chicken, although it is also commonly used to season potatoes.

The leaves can be used as a spice or as a flavor in alcoholic beverages. The leaves are also steeped in hot water and used as a tea. Lovage is high in limonene, coumarin, camphor and eugenols. Combined with its nutrient content, lovage is a powerful kitchen ingredient and medicine cabinet tool.

Disclaimer: The contents of this article is for educational and gardening purposes only. Before using or ingesting ANY herb or plant for medicinal purposes or otherwise, please consult a physician or a medical herbalist for advice.