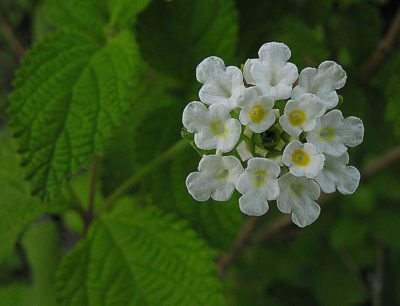 Mexican oregano is a delicious, leafy herb that is frequently used in Mexican cuisine. More flavorful than its European cousin, it can be grown as an annual and easily harvested and stored for year-round use. Keep reading to learn more about how to grow Mexican oregano and Mexican oregano uses.

What is Mexican oregano? The herb that we call oregano can be split into two main varieties: European (Origanum vulgare) and Mexican (Lippia graveolens). They don’t taste particularly similar, and Mexican oregano has a stronger flavor with a hint of lemon to it.

The plant is hardy in USDA zones 9 through 11, but it is so fast growing that it can be cultivated in virtually any climate and grown as an annual that dies with the first frost. In a single growing season, it can reach 3 to 4 feet (1 m.) in height and spread.

How to Grow Mexican Oregano

Mexican oregano can be planted outdoors in the spring as soon as all chance of frost has passed. It can be grown from seed, cuttings, or crown divisions.

Growing Mexican oregano is very easy. The plants prefer full sun and need lots of space as they tend to spread out. The leaves grow somewhat sparsely on the stems, so multiple plants are a good idea if you’re looking to use your plants frequently for cooking. They need moderate watering.

Mexican oregano is grown for its flavorful leaves. The leaves can be snipped off the plant as needed throughout the growing season, though they taste best just as the flower buds are beginning to form.

Just before the first frost of autumn, the entire plant can be cut down and hung in an airy place to dry. Once dry, the leaves can be removed and stored whole or crumbled.