Common Sugarcane Uses: How To Use Sugarcane From The Garden 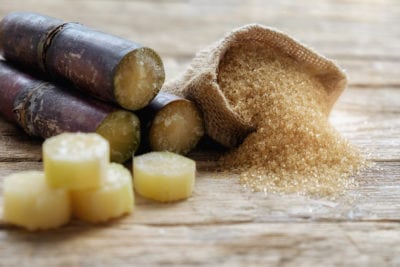 Cultivated sugarcane is comprised of four complicated hybrids derived from six species of perennial grasses. It is cold tender and, as such, is primarily grown in tropical regions. In the United States, sugarcane can be grown in Florida, Louisiana, Hawaii and Texas. If you live in one of these regions or a similar one, you might want to know what to do with your sugarcane plants. Sugarcane has a number of uses. Read on to find out how to use sugarcane from the garden.

What is Sugarcane Used for?

Sugarcane is cultivated for its sweet sap or juice. Today, it is primarily used as an additive to foods but has was cultivated for use in China and India 2,500 years ago.

Prior to the processing of sugarcane into the sugar we know today, uses for sugarcane were a bit more utilitarian; canes were cut and easily carried or eaten in the field for a quick burst of energy. The sweet juice was extracted from the cane by chewing the tough fibers and pulp.

The production of sugar by boiling the cane was first discovered in India. Today, the process of making sugar is more mechanized. Sugar factories crush and shred the harvested canes with rollers to extract the juice. This juice is then mixed with lime and heated for several hours. At the end of this process, impurities settle into large containers. The clear juice is then reheated to form crystals and spun in a centrifuge to separate the molasses.

It is surprising just what this processed sugarcane can be used for. The resulting molasses can be fermented to create an alcoholic beverage, rum. Ethyl alcohol is also produced from the distillation of molasses. Some additional sugarcane uses for this distilled product include the making of vinegar, cosmetics, medication, cleaning products, and solvents to name a few.

Studies are being conducted on the use of the molasses as a gasoline extender. Other products produced from the molasses include butanol, lactic acid, citric acid, glycerol, yeast and others. Byproducts of sugarcane processing are also useful. The fibrous residue left after the juice is extracted is used as fuel in sugar factories as well as in the making of paper, cardboard, fiber board, and wall board. Also, the filter mud contains wax that, when extracted, can be used to make polishes as well as insulation.

Sugarcane is also used medicinally not only to sweeten pharmaceuticals, but in the past as an antiseptic, diuretic and laxative. It has been used to treat all manner of ailments from stomach ailments to cancer to sexually transmitted diseases.

What to Do with Sugarcane from the Garden

Since the average gardener doesn’t have access to a bunch of fancy, expensive equipment, how do you use sugarcane from the garden? Simple. Just cut a cane and start chewing. Chewing on sugarcane is said to strengthen teeth and gums, although I am not sure your dentist would concur!