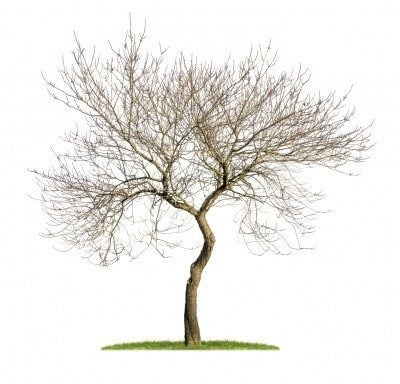 Fruit and nut bearing trees should be pruned every year, right? Most of us think that these trees should be pruned each year, but in the case of almonds, repeated years of pruning have been shown to reduce crop yields, something no sane commercial grower wants. That isn’t to say that NO pruning is recommended, leaving us with the question of when to prune an almond tree?

When to Prune an Almond Tree

The most important almond tree pruning should occur after the first growing season wherein primary scaffold selection is done.

Keep an eye on the tree as you shape it. The goal when pruning almond trees at this juncture is to create an open, upward shape.

How to Prune Almond Trees in Successive Years

Pruning almond trees should take place again when the tree is dormant in its second growing season. At this time, the tree will likely have several lateral branches. Two per branch should be tagged to stay and become secondary scaffolds. A secondary scaffold will form a “Y” shape off a primary scaffold limb.

Remove any lower branches that may interfere with irrigation or spraying. Prune out any shoots or branches that are growing up through the center of the tree to allow for more air and light penetration. Remove excess water sprouts (sucker growth) at this time as well. Also, remove narrow angled secondary branches when almond tree pruning second year trees.

In the third and fourth years, the tree will have primaries, secondaries, and tertiaries that are allowed to remain on the tree and grow. They form the sturdy scaffold. During the third and fourth growing seasons, pruning is less about creating structure or retarding size and more about maintenance pruning. This includes removal of broken, dead, or diseased limbs as well as those that are crossing over the existing scaffolding.

Thereafter, a continued pruning approach similar to that of the third and fourth year will be followed. Pruning should be minimal, removing only dead, diseased, or broken branches, water sprouts, and obviously disruptive limbs– those that are impeding air or light circulation through the canopy.