What’s The Difference Between Male And Female Asparagus Plants 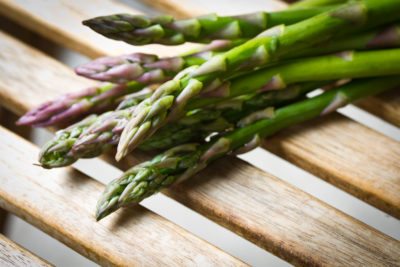 Are There Really Male or Female Asparagus?

Asparagus is dioecious, which means there are both male and female plants. Female asparagus produces seeds that look like little red berries. Male plants produce thicker, larger spears than females. The flowers on male plants are also larger and longer than those on females. Male blooms have six stamens and one small useless pistil, while female blooms have six small nonfunctional pistils and a well-developed, three-lobed stamen.

In the battle of the sexes, is there a difference between male and female asparagus? Since female asparagus produce seed, they expend quite a bit of energy on that production, so while the female produces more spears, they are significantly smaller than their male counterparts. Also, as the seeds drop from the female, new seedlings are sprouted which causes overcrowding in the bed.

In this one case, male asparagus seems to have a benefit over female. In fact, male asparagus is favored so much more that there are now new hybridized male asparagus plants that produce larger yields. Some of these include Jersey Giant, Jersey King, and Jersey Knight. If you want the largest spears, these are your best options. These newer hybrids also have the added benefit of being cold tolerant and resistant to rust and fusarium.

If you have planted an older variety or are unsure what sex your crowns are, wait until they flower to make a distinction. Then if you want, you can remove the less productive female asparagus and replace it with more productive male crowns.