What Is A Navy Bean: How To Grow Navy Bean Plants 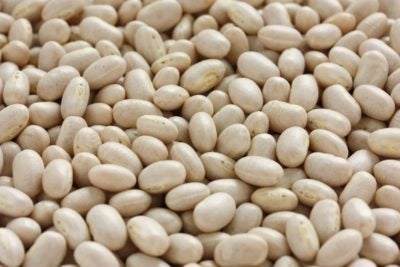 Most folks have probably had commercially canned pork and beans; some people practically subsist on them. What you may not know is that they are comprised of navy beans. What exactly is a navy bean and can the home gardener grow his or her own? Read on to find out how to grow navy beans and other helpful information on navy bean plants.

What is a Navy Bean?

It’s rather obvious, but I’m going to mention it anyway – navy beans are not navy in color. In fact, they are small white beans. Why call them navy beans? Navy beans were named as such because they were a staple food in the United States Navy during the early 20th century. Navy beans and other dried beans are known as Phaseolus vulgaris and are referred to as “common beans” because they all come from a common bean ancestor that originated in Peru.

Navy beans are about the size of a pea, mild in flavor, and one of 13,000 species in the family of legumes. They can be found canned and dried in bulk or prepackaged. The United States Navy was no doubt looking for a low-cost, high-protein option to feed the sailors and the navy bean fit the bill.

Navy beans can sometimes be found under the name French navy bean or, more commonly, Michigan pea bean if you are trying to find seed. Dried, store-bought beans can also be used for growing navy beans. Just pick out the largest, healthiest looking seeds.

How to Grow Navy Bean Plants

Navy beans are harvested after the pods have dried on the plant. Navy bean plants grow up to 2 feet (61 cm.) in height as bush beans. They take between 85 and 100 days from planting to harvest.

Growing your own navy beans will allow you to have a healthy, low cost, vegetable-based protein that will store long after harvest. Beans combined with grains, like rice, become a complete protein. They are rich in vitamin B and folic acid along with many other minerals and are high in fiber.

To grow your own navy beans, select a site in the garden that is in full sun. Beans do well in fertile soil but can also thrive in moderate soil due to their ability to fix nitrogen. Plant the seeds after all danger of frost for your area has passed. Soil temps should be at least 50 degrees F. (10 C.).

Plant five or six seeds in mounds spaced about 3 feet (1 m.) apart. Thin seedlings to three or four plants per hill when they are 3 to 4 inches (8-10 cm.) tall. Cut, don’t pull, the weak seedlings to ground level to avoid disrupting the roots of the chosen seedlings.

Form a tepee of three to four poles or stakes around each mound. The stakes should be at least 6 feet (2 m.) long. As the plants grow, train the vines to run up the poles by gently wrapping them around each. Once the vine reaches the top, snip it off to promote branching.

Side dress the beans with an ammonium nitrate fertilizer once the plants have blossomed and pods are setting. Work the fertilizer next to the plants and water in well.

Keep the beans supplied with an inch (2.5 cm.) of water per week; water in the morning to prevent disease. To retard weed growth and help retain moisture, lay organic mulch, such as aged straw or grass clippings, around the base of the plants.