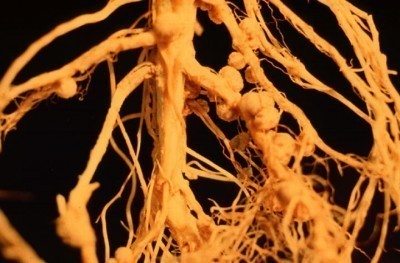 Nitrogen for plants is vital to the success of a garden. Without sufficient nitrogen, plants will fail and be unable to grow. Nitrogen is abundant in the world, but most of the nitrogen in the world is a gas and many plants cannot use nitrogen as a gas. Most plants must rely on the addition of nitrogen to the soil in order to be able to use it. There are a few plants that love nitrogen gas, though; they are able to draw the nitrogen gas from the air and store it in their roots. These are called nitrogen fixing plants.

How Do Plants Fix Nitrogen?

When the plant stores the nitrogen in the roots, it produces a lump on the root called a nitrogen nodule. This is harmless to the plant but very beneficial to your garden.

When legumes and other nitrogen fixing plants and the bacteria work together to store the nitrogen, they are creating a green warehouse in your garden. While they are growing, they release very little nitrogen into the soil, but when they are done growing and they die, their decomposition releases the stored nitrogen and increases the total nitrogen in soil. Their death makes nitrogen available for plants later on.

How to Use Nitrogen Fixing Plants in Your Garden

Nitrogen for plants is essential to your garden but can be difficult to add without chemical assistance, which is not desirable for some gardeners. This is when nitrogen fixing plants are useful. Try planting a winter cover crop of legumes, such as clover or winter peas. In the spring, you can simply till under the plants into your garden beds.

As these plants decompose, they will raise the total nitrogen in the soil and will make nitrogen available for plants that are unable to get nitrogen from the air.

Your garden will grow greener and more lush thanks to plants that fix nitrogen and their beneficial symbiotic relationship with bacteria.