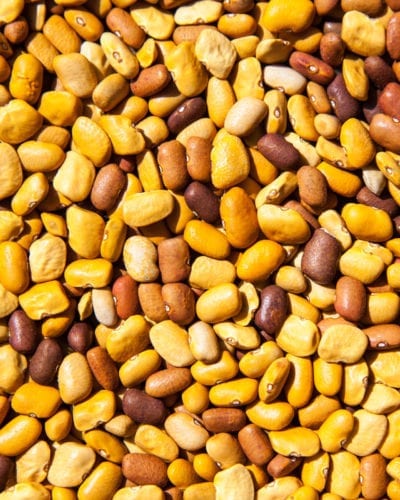 Once one of the most important food sources to the indigenous people of the American Southwest and South America, tepary bean plants are now making a comeback. These beans are resilient plants. This makes cultivation useful in low desert environments where other legumes fail. Interested in growing tepary beans? Read on to learn how to grow and care for these plants.

What are Tepary Beans?

Wild tepary beans are vining plants that can reach up to 10 feet (3 m.) in length, allowing them to clamber up desert shrubs. They mature rapidly and are one of the most drought and heat tolerant crops in the world. In fact, tepary bean plants (Phaseolus acutifolius) have now been planted in Africa to feed people there.

The trifoliate leaves are similar in size to those of lima beans. The pods of tepary bean plants are short, only around 3 inches (8 cm.) in length, green, and lightly haired. As the pods ripen, they change color becoming a light straw color. There are usually five to six beans per pod which look similar to a small navy or butter bean.

Tepary beans are cultivated for their high protein and soluble fiber which are advertised as aiding in the control of cholesterol and diabetes. In fact, indigenous people of the American Southwest became so used to this diet that when settlers arrived and a new diet was introduced, the people rapidly became the victims of one of the highest rates of Type 2 diabetes in the world.

Plants that are cultivated today are either bush types or semi-vining. Options for growing tepary beans include:

How to Plant Tepary Beans

Plant bean seeds during the midsummer monsoon season. They need that initial burst of water to germinate, but afterwards do not tolerate wet conditions.

Sow the beans in a weeded, prepared bed in most any type of soil except clay. Water the seeds in but thereafter only water sporadically if the plants show considerable water stress. Tepary beans actually produce better when under a bit of water stress.

Most cultivars available to the home gardener do not need a support. Tepary bean plants should be ready to harvest in 60 to 120 days.