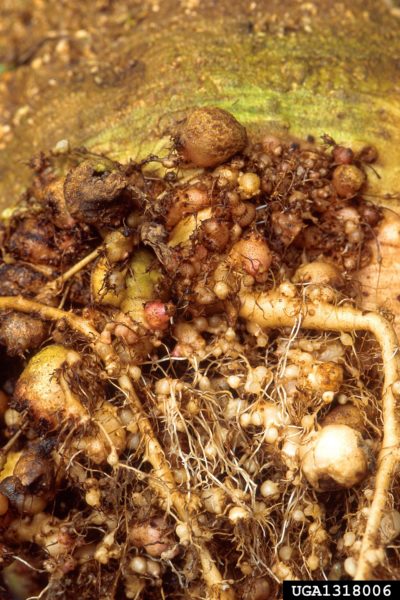 Your garden is the envy of all your neighbors year after year, but this season it just doesn’t seem to have the same luster, especially when it comes to your beets. Instead of flashing thick, green foliage, they’re really hit or miss and look pretty sickly. What’s gone wrong? Well, it could be root-knot nematode on beets, but you can bring your garden back from the edge.

Healthy beets are the goal of every grower, but sometimes your plantings hold secrets you don’t realize until it’s too late. Root-knot nematodes are one of those unpleasant surprises. Although they’re tenacious and tricky, these tiny roundworms can be defeated.

Once removed from the soil, your beets will tell their secrets. Root-knot nematodes leave a specific calling card: galls and swellings on the main root and any secondary roots that are present.

If left unchecked, nematodes can spread slowly across your entire garden plot, and when it comes to the root-knot nematode, beets aren’t the only plants in harm’s way. This particular nematode will feed on a huge variety of plants, so reducing numbers right away is in your best interest.

How to Treat Root-Knot Nematode in Beets

These cultural practices are your best bet for overcoming root-knot nematodes on beets year after year:

Early planting. For beets, one of the best weapons you have against root-knot nematodes is weather. Since beets will mature in temperatures around 55 degrees F. (13 C.), early planting means they can escape the majority of the root-knot nematode’s life cycle. Healthy, maturing beets are much better at fighting off this pest than young seedlings.

Crop rotation. All nematodes can be treated with crop rotation, which effectively starves them over a number of years. Using plants that root-knot nematode won’t eat, like fescue, marigold, or small grains can slowly decrease the number of nematodes present in the soil. Maintain a two to three year crop rotation with susceptible plants like beets and tomatoes for the best results. However, there’s a caveat to this. Keep your nematode-rich area clear of weeds, since they can often feed on these and survive the crop rotation.

Organic matter. Incorporating rotting matter into the soil can help to decrease nematode activity by enhancing the activity of nematode-destroying bacteria. This rotting material will also release high concentrations of carbon disulfide and toxic acids that will kill nematodes. This isn’t a sure-fire solution, but since it can also improve soil quality, plants grown in gardens with plenty of compost reap additional benefits in the long term.