What Are Sugar Beets: Sugar Beet Uses And Cultivation 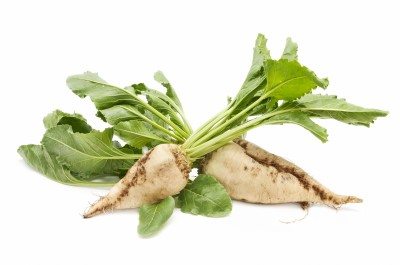 We’ve been hearing a lot about corn syrup of late, but sugars used in commercially processed foods are derived from other sources besides corn. Sugar beet plants are one such source.

What are Sugar Beets?

A cultivated plant of Beta vulgaris, sugar beet growing accounts for about 30 percent of the world’s sugar production. Most sugar beet cultivation occurs in the European Union, the United States, and Russia. The United States harvests over one million acres of growing sugar beets, and we use it all, only the E.U. and Ukraine are significant exporters of sugar from beets. Sugar consumption per nation is somewhat cultural but it appears to directly correlate with the relative wealth of the nation. Hence, the U.S. is the highest consumer of sugar, beet or otherwise, while China and Africa rank the lowest in their ingestion of sugar.

So, what are these sugar beets that appear to be so valuable to us? The sucrose that is so addicting and desirable to many of us comes from the tuber of the beet root plant, the same species that includes Swiss chard, fodder beets, and red beets, and are all descended from the sea beet.

Beets have been cultivated as fodder, food, and for use medicinally since the times of ancient Egypt, but the processing method by which the sucrose is extracted came about in 1747. The first commercial sugar beet factory in the U.S. was opened in 1879 by E.H. Dyer in California.

Sugar beet plants are biennials whose roots have high reserves of sucrose during the first growing season. The roots are then harvested for processing into sugar. Sugar beets can be grown in a variety of climatic conditions, but primarily growing sugar beets are cultivated in the temperate latitudes of between 30 and 60 degrees N.

While the most common use for cultivated sugar beets is for processed sugar, there are several other sugar beet uses. In the Czech Republic and Slovakia, a strong, rum-like, alcoholic beverage is made from the beets.

Unrefined syrup made from sugar beets is the result of shredded beets that have been cooked for a few hours and then pressed. The juice squeezed out of this mash is thick like honey or molasses and used as a sandwich spread or to sweeten other foods.

This syrup can also be de-sugared and is then used as a de-icing agent on many North American roads. This sugar beet “molasses” works better than salt, as it does not corrode and when used in conjunction lowers the freezing point of the salt mixture, enabling it to be more effective at low temps.

The by-products from processing the beets into sugar (pulp and molasses) are used as fiber-rich supplemental feed for livestock. Many ranchers allow grazing in the beet fields during the autumn to utilize the beet tops as fodder.

These by-products are not only used as above but in alcohol production, commercial baking, and pharmaceuticals. Betaine and Uridine are also isolated from the by-products of sugar beet processing.

Waste lime used for amending soils to increase soil pH levels can be made from the by-products from beet processing and treated wastewater from processing can be used for crop irrigation.

Lastly, just as sugar is a fuel for the human body, sugar beet surpluses have been used to produce biobutanol by BP in the United Kingdom.