Corn Husk Uses – What To Do With Corn Husks 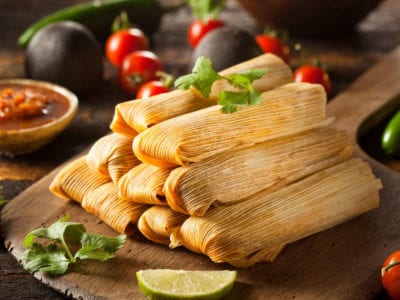 When I was a kid there weren’t too many foods that were sanctioned by Mom to pick up and eat with your hands. Corn was one hands-on item as messy as it was delicious. Shucking the corn became a special privilege when my grandfather showed us what to do with the corn husks. Now that I’m older, I’m realizing that there are numerous corn husk uses from crafts to recipes and more.

What to Do with Corn Husks

Since you’ve been left hanging, here’s what my grandfather used to make for my sister and me using corn husks – corn husk dolls. In fact, the process is quite simple and only requires corn husks and twine or raffia. Very quickly my sister and I were making our own. If you’re really artistic, corn husks can also be used to make other animals and shapes as well.

While this is a fun project to do with the kids, there are quite a few other corn husk crafts out there. For instance, they can be made into flowers or strung together with the assistance of a wreath form and a glue gun to make a seasonal wreath.

Other corn husk uses involve braiding them. Once the husks have been braided, they can be twisted into coasters or trivets. You can also wrap corn husks around votives to add to the Thanksgiving table. Once you get started on corn husk crafts, you will undoubtedly come up with some uses of your own.

Corn husks feature prominently in the cuisine of Mexico in the form of tamales. For those of you who haven’t tried a tamale, do it! If you are new to the tamale scene though, you might wonder “are corn husks edible?”

Nope, corn husks can’t be eaten but they make a terrific wrapper for cooking other foods in. In the case of tamales, the masa and meat are steamed within the wrapper, which not only keeps the food moist, but imparts a unique flavor as well.

So, just what else can be wrapped in a corn husk and cooked? You can substitute Ti or banana leaves for corn husks in recipes for chicken Laulau or other Pacific Island dishes. These tropical leaves aren’t always easy to find, but corn husks generally are.

Fish can be grilled en papillote (cooked and served in a wrapper). Just wrap the fish in corn husks that have been soaked in water and place on the grill. The corn husks will keep the fish moist and impart a distinct smoky flavor.

Of course, you can also try making your own tamales, which takes a little practice, but once you’ve made a couple, you’ll be a pro in no time.

As you can see, there isn’t any reason to throw away corn husks, although you can compost them.

You can also add corn husks to stock, soup, and chowder. Just add washed, fresh husks to the stock pot. A particularly nice touch in Mexican tortilla soup or corn chowder, just remember to remove the husks prior to serving.

Corn husks also burn easily. Next time you’re on a camping trip that includes a BBQ with corn as the star, use the husks to start the campfire. If you aren’t planning on bringing corn to the campout, dry them ahead of time and store in a plastic bag for the next camping trip.