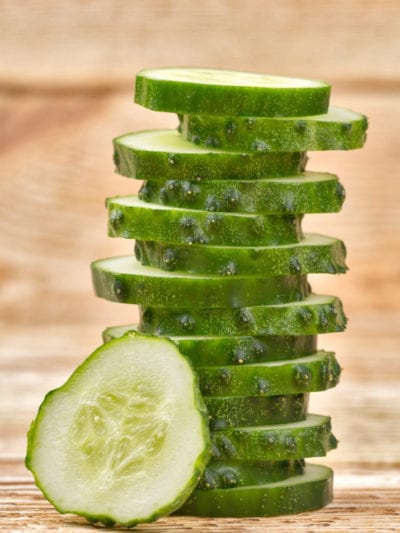 As a gardener, it is fun to play around with different seeds and methods of propagation. For instance, cucumbers are a prolific and easy-to-grow crop with many varietals. Once you have a successful crop, many gardeners save seeds for the successive year’s planting. In lieu of saving your own seeds, however, what about grocery store cucumber seeds? Can you plant a grocery store cucumber? Interestingly, there are a couple of theories on seeds from a store bought cucumber.

Can You Plant a Grocery Store Cucumber?

More on Seeds from a Store Bought Cucumber

As if this isn’t enough to cast doubt on the veracity of growing cucumbers from grocery store cucumber seeds, the fruit is generally harvested and sold well before it is ripe. To obtain seeds from a cucumber it needs to be fully ripe. That is, the cuke will be yellow to orange and burgeoning; practically bursting.

All that said, the idea of growing cucumbers from a purchased cucumber is possible, maybe. Don’t get your cucumber from the supermarket. Instead, buy heirloom cucumbers from a farmers’ market. These will be more likely to “breed true”.

Cut the cukes in half lengthwise to extract the seeds. Scoop them out and allow them to ferment in water for 1-3 days to remove the pulp from the seeds.

If the cucumber experiment works, you should see seedlings in 5-10 days. If however you decide not to experiment and would rather grow a sure thing, purchase nursery or store bought cucumber seeds, which can often be had for very little cost.