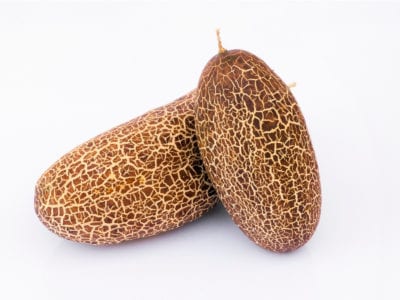 Heirloom seeds can provide a great window into the huge diversity of plants and the people that cultivate them. It can transport you far beyond the traditional grocery store produce section. For instance, carrots don’t just come in orange. They come in every color of the rainbow. Beans don’t have to stop at a few inches (8 cm.). Some varieties can reach one or two feet (31-61 cm.) in length. Cucumbers don’t just come in the slender green variety either. Sikkim heirloom cucumbers are quite different. Keep reading to learn more Sikkim cucumber information.

What is a Sikkim Cucumber?

Sikkim heirloom cucumbers are native to the Himalayas and named for Sikkim, a state in northwest India. The vines are long and vigorous, the leaves and flowers much bigger than those of the cucumbers you might be used to growing.

The fruits are especially interesting. They can get huge, often weighing in at 2 or even 3 pounds (1 kg.). On the outside they look like a cross between a giraffe and a cantaloupe, with a tough skin of dark rust red striated with cream colored cracks. Inside, however, the taste is unmistakably that of a cucumber, though stronger than most green varieties.

Growing Sikkim Cucumbers in the Garden

Growing Sikkim cucumbers is not too difficult. The plants prefer rich, moist soil and should be mulched to preserve moisture.

The vines are vigorous and should be trellised or given lots of room to roam across the ground.

The fruits should be harvested when they’re 4 to 8 inches (10-20 cm.) long, if you let them go any longer, they’ll get very tough and woody. You can eat the flesh of the fruit raw, pickled, or cooked. In Asia, these cucumbers are very popular stir fried.

Is your interest piqued? If so, get out there and explore the wonderful world of heirloom vegetables by growing Sikkim cucumber plants and other heirloom varieties in your garden.