Alternaria Symptoms In Eggplant – How To Treat Early Blight On Eggplants 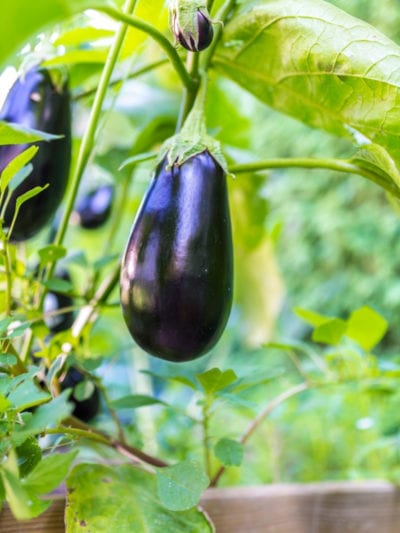 Early blight on eggplants can ruin your fall crop of this vegetable. When the infection becomes severe, or when it persists from year to year, it can significantly reduce the harvest. Know the signs of early blight and how to prevent it and treat it before it takes over your vegetable garden.

What is Early Blight?

Early blight is a fungal infection caused by the fungus Alternaria solani. While early blight is one of the most common diseases seen in tomatoes, it also affects eggplants, potatoes, and peppers. Early blight usually results from contamination with infected plants or infected plant debris, or from plants being too close together without enough air circulation.

One of the earliest signs of eggplant early blight is the presence of brown spots on the leaves. Once they appear, they grow quickly and develop a concentric ring pattern as well as a yellow ring around the edges of the brown. These spots will eventually merge together and completely destroy the leaves. The spots start developing on the lower leaves and work up the plant.

The disease can also affect the eggplants themselves. As the leaves die, for instance, the fruits become more vulnerable to scalding under the sun. The fruits may also begin to develop dark spots from the infection, and this can also lead to premature dropping of the eggplants.

Eggplant early blight is very tough to beat once it has started. The spores of the Alternaria fungus travel on the wind, so the infection can spread easily. The best way to beat it is through prevention, but if your eggplants have been hit, there are some things you can do to spare your harvest:

When growing eggplant in the garden, it helps to be aware of the risk of early blight and to take steps to minimize the chances an infection will take root.

Space your plants adequately to allow for airflow and water only at the roots, keeping leaves dry. As the plants grow and fruit begins to develop, remove the lowest three to four leaf branches. Use fertilizer to strengthen plants and control weeds for good airflow.

Eggplant early blight has the potential to become an insidious infection, but with the right management, you can avoid it or minimize it and still get your harvest.