What Are Leek Moths: Tips On Leek Moth Control 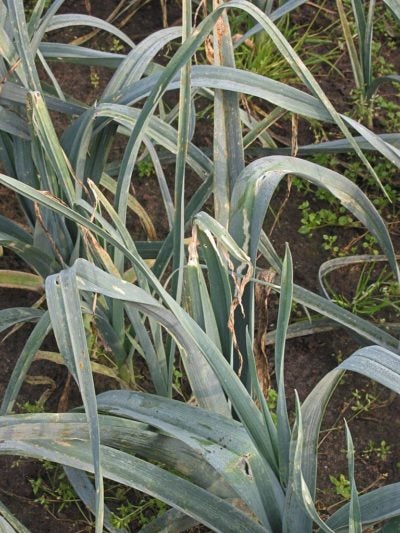 Only a few years ago the leek moth was seldom seen south of Ontario, Canada. Nowadays it has become a serious pest of leeks, onions, chives, and other alliums in the U.S. as well. Find out about leek moth damage and how to control these destructive pests.

What are Leek Moths?

Also called onion leaf miners, leek moths (Acrolepiopsis assectella Zeller) were first detected in North America in 1993. Natives of Europe, Asia, and Africa, their appearance on the North American cotenant began in Ontario, Canada, and a few years later they moved south into the U.S. They were slow to catch on at first, but now pose a significant threat to allium crops. They are known to feed on 60 different species of allium, both cultivated and wild.

Leek moths prefer the youngest leaves, seldom feeding on those more than two months old. The moths show a strong preference for flat-leaved species. As they feed, they migrate toward the center of the plant where younger and more tender leaves are found. The caterpillars don’t usually attack the below-ground or reproductive parts of the plants.

Leek moth larvae feed on both the outside surfaces and inner parts of allium leaves, leaving them severely damaged and susceptible to diseases. They sometimes feed on the leaf material until it is so thin that you can see right through it. The damaged areas are called windows. In some cases, the larva also damage the bulb. Let’s take a look at the leek moth life cycle so we can better understand how to control them.

Adult leek moths overwinter on leaf debris, and then surface to lay eggs around the base of host plants in spring. When the eggs hatch, the caterpillars feed and grow over a period of about two weeks. They pupate on leaves of alliums or nearby plants inside a loosely woven cocoon. The cocoon appears to be nothing more than a sparse net thrown over the pupating insect, and you can clearly see the developing moth inside. The adult moth emerges in about ten days.

Here are some of the most effective methods of leek moth control: