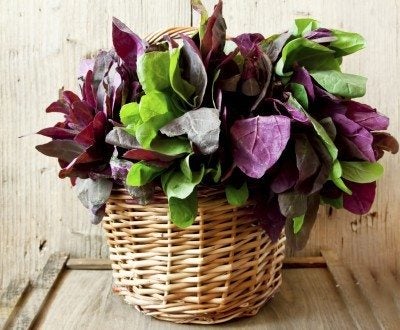 Orach is a little known but highly useful leafy green. It’s similar to spinach and can usually replace it in recipes. It’s so similar, in fact, that it’s often referred to as orach mountain spinach. Unlike spinach, however, it doesn’t bolt easily in the summer. This means that it can be planted early in the spring just like spinach, but will keep growing and producing well into the hot months. It’s also different in that it can come in deep shades of red and purple, providing striking color in salads and sautés. But can you grow it in a container? Keep reading to learn more about how to grow orach in containers and orach container care.

Growing orach in pots is not too different from the usual methods of growing leafy greens in containers. There is one thing to keep in mind, though – orach mountain spinach gets big. It can reach 4 to 6 feet (1.2-18 m) in height, so keep this in mind when you’re choosing a container.

Pick something large and heavy that won’t tip over easily. The plants can also spread to 1.5 feet (0.4 m) wide, so be careful not to overcrowd them.

The good news is that baby orach is very tender and good in salads, so you can sow your seeds much more thickly and harvest most of the plants when they’re only a few inches tall, leaving only one or two to grow to full height. The cut ones should grow back as well, meaning you can harvest the tender leaves again and again.

You should start growing orach in pots early in the spring, two or three weeks before the last frost. They are somewhat frost hardy and can be kept outside while they germinate.

Orach container care is easy. Place them in full to partial sun and water regularly. Orach can tolerate drought but tastes best when kept watered.