What Is Orach: Learn How To Grow Orach Plants In The Garden 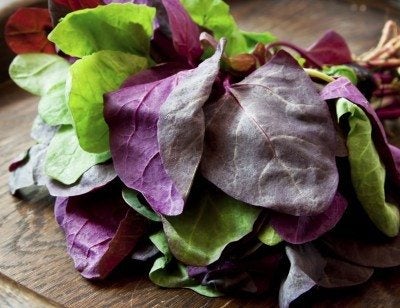 If you love spinach but the plant tends to bolt quickly in your region, try growing orach plants. What is orach? Keep reading to find out how to grow orach and other orach plant info and care.

A cool-season plant, orach is a warm-season alternative to spinach that is less likely to bolt. A member of the Chenopodiaceae family, orach (Atriplex hortensis) is also known as Garden Orache, Red Orach, Mountain Spinach, French Spinach, and Sea Purslane. It is also sometimes referred to as Salt Bush due to its tolerance for alkaline and saline soils. The name orach is derived from the Latin ‘aurago’ meaning golden herb.

A native of Europe and Siberia, orach is possibly one of the more ancient cultivated plants. It is grown in Europe and the northern plains of the United States as a substitute for spinach either fresh or cooked. The flavor is reminiscent of spinach and is often combined with sorrel leaves. The seeds are also edible and a source of vitamin A. They are ground into a meal and mixed with flour for making bread. Seeds are also used to make blue dye.

An annual herb, orach comes in four common varieties, with white orach being the most common.

On the most commonly grown white orach, leaves are arrow-shaped, soft, and pliable with slight serration and are 4 to 5 inches (10-12.5 cm.) long by 2 to 3 inches (5-7.5 cm.) across. Growing white orach plants attain a height of between 5 to 6 feet (1.5-2 m.) accompanied by a seed stalk that can reach up to 8 feet (2.5 m.) in height. The blossoms have no petals and are small, green or red depending upon the cultivar grown. A wealth of flowers appears at the top of the plant. The seeds are small, flat, and russet in hue surrounded by a light yellow, leaf-like casing.

How to Grow Orach

Thereafter, there is little special orach care except to keep the plants moist. Although orach is drought tolerant, the leaves will have better flavor if kept irrigated. This delicious plant tolerates both alkaline soil and salt and is frost tolerant as well. Orach does beautifully as a container planting too.

Harvest the tender leaves and stems when plants are 4 to 6 inches (10-15 cm.) in height, about 40-60 days after sowing. Continue to harvest the young leaves as they mature, leaving the older leaves on the plant. Pinch flower buds to encourage branching and continued production of new leaves. Successive plantings can be made until the weather warms and, in cooler climates, mid-summer plantings can be made for a fall harvest.