My Spinach Is Bolting – Learn About The Bolting Of Spinach 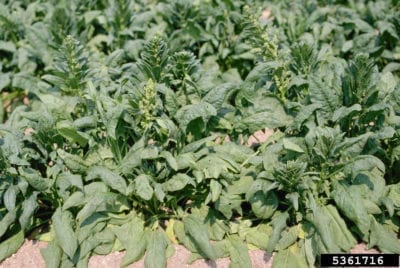 Spinach is one of the fastest growing leafy vegetables. It is excellent when young in salads and the larger, mature leaves provide a fabulous addition to stir-fry or simply steamed. Later in the season, when I go out to harvest more of the delicious leaves, I usually see that my spinach is bolting. What does spinach bolting mean? Let’s learn more.

What Does Spinach Bolting Mean?

Spinach is filled with anti-oxidant properties. It is also high in Vitamins A and C, fiber, protein, and a host of other beneficial nutrients. As an overall vegetable, this plant gets high marks as a versatile addition to recipes. Enjoying fresh spinach from the garden is an early season joy, but over time, bolting of spinach will occur.

In fact, spinach prefers the cooler season and will respond to heat by forming flowers and seeds. This tends to make the leaves quite bitter. The bitter flavor resulting from spinach bolting early is enough to keep you out of that vegetable patch.

Spinach will begin to flower as soon as spring days begin to lengthen. The response comes when days are longer than 14 hours and temperatures creep above 75 degrees F. (23 C.). Spinach will grow in most soils as long as they are properly drained, but it prefers temperatures between 35 and 75 degrees F.(1-23 C.).

Cool season varieties or broadleaf species will elongate, get taller, produce fewer leaves, and develop a flower head in warmer weather. Fortunately, I no longer worry that my spinach is bolting. Using one of the varieties developed to withstand warm weather prevents spinach bolting early.

Oregon State University conducted trials with some of the new cultivars during the heat of summer. The most resistant to bolting were Correnta and Spinner, which didn’t bolt even during the longest days of heat. Tyee is another variety that is low to bolt, but it produces more slowly than the early season varieties. Expect harvestable leaves in 42 days as opposed to the spring types that can be used in 37 days.

Other types to try are:

All of these may be sown from late spring to midsummer. Bolting of spinach is minimized but even the heat tolerant varieties will still send out seed at some point. A good idea is to practice crop rotation by planting the cool season varieties in early spring and late summer and using the low bolt types during the hotter season.

To further prevent bolting of spinach, know when to plant each variety of seed.

By following this plan, you can have fresh spinach from your garden all year long.