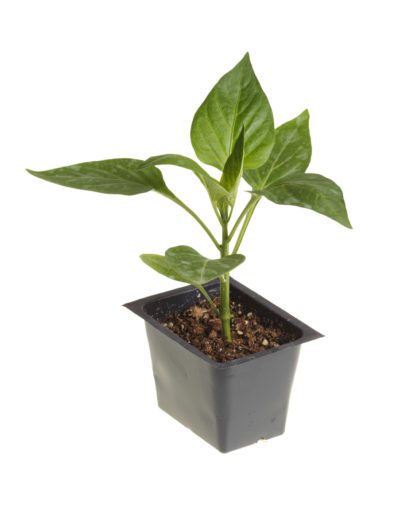 Peppers are some of the most popular plants in veggie gardens and with good reason. Once they get going, they’ll keep pumping out peppers throughout the growing season. So it can be really heartbreaking when your tiny pepper seedlings don’t make it past their very early stages, flopping over and withering away before they get a chance to grow a single pepper. This problem is called damping off, and it’s a real problem with vegetable seedlings. Keep reading to learn more about what causes damping off in peppers and how to prevent pepper damping off.

Why are Peppers Damping Off?

The main culprit behind pepper damping off is a family of fungi known as Pythium. There are several species that can kill pepper seedlings, but the result tends to be one of two things. Either the seeds don’t emerge at all, or shortly after emergence the seedlings flop over at the soil line.

Sometimes, the seedlings survive to adulthood but remain stunted. While Pythium is more common, damping off in peppers can also be caused by Phytophthora and Rhizoctonia, two other families of fungi.

How to Prevent Damping Off in Peppers

Damping off tends to occur in wet, compacted, poorly draining soil, so the best way to prevent it is to sow your pepper seeds in aerated, well-draining soil or growing medium.

If you’re planting outdoors, wait until temperatures are warm to encourage the seeds to germinate and seedlings to grow rapidly and vigorously. If buying transplants, look for ones that are certified disease free.

Fungicides containing copper, mefenoxam, and fludioxonil can also be effective.