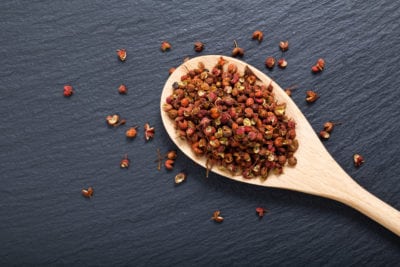 Are you interested in raising your own Szechuan pepper? Growing this sturdy plant isn’t difficult for gardeners in USDA plant hardiness zones 6 through 9. Read on and learn how to grow Szechuan peppers.

Where do Szechuan peppers come from? This fascinating tree hales from the Szechuan region of China. Szechuan pepper plants are actually more closely related to citrus trees than to familiar chili peppers or peppercorns. The peppers, which show up when the trees are two to three years old, aren’t widely used in the United States. However, they are a staple in Asia, where they are used to add spice to a variety of dishes.

According to the Encyclopedia of Herbs and Spices by P.N. Ravindran, the tiny seedpods have a unique flavor and aroma that isn’t pungent like familiar red or black peppercorns. Most cooks prefer to toast and crush the pods before adding them to food.

How to Grow Szechuan Peppers

Plant Szechuan peppers in nearly any type of well-drained soil. A handful of all-purpose fertilizer added to the soil at planting time will provided extra nutrition that gets the plant off to a good start.

Water as necessary to keep the soil moist but not soggy. Water is important during extended dry periods, especially for plants grown in pots.

Szechuan pepper plants generally don’t require much pruning. Trim them to enhance the shape and remove dead or damaged growth, but be careful not to prune new growth, as this is where new peppers develop.

Szechuan pepper plants are generally unaffected by pests and disease.