Citrus Fruit Information – What Are the Different Types Of Citrus Trees 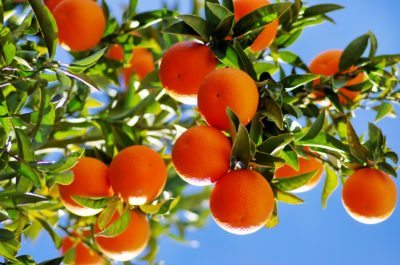 As you’re sitting there at the breakfast table sipping your orange juice, has it ever occurred to you to ask just what citrus trees are? My guess is no but, in fact, there are many different types of citrus, each with its own particular citrus growing requirement and flavor nuances. While you’re drinking your juice, keep reading to find out about different citrus tree varieties and other citrus fruit information.

What are Citrus Trees?

What is the difference between citrus vs. fruit trees? Citrus trees are fruit trees, but fruit trees are not citrus. That is, the fruit is the seed-bearing part of the tree that is usually edible, colorful, and fragrant. It is produced from a floral ovary after fertilization. Citrus refers to the shrubs or trees of the family Rutaceae.

Citrus cultivars can be found from northeastern India, east through the Malay Archipelago, and south into Australia. Both oranges and pummelos were mentioned in ancient Chinese writings dating from 2,400 BC and lemons were written in Sanskrit around 800 BC.

Of the different types of citrus, sweet oranges are thought to have arisen in India, and trifoliate oranges and mandarins in China. Acid citrus varieties are most likely derived in Malaysia.

The father of botany, Theophrastus, classified citrus as Malus medica or Malus persicum along with a taxonomic description of citron in 310 BC. Around the time of Christ’s birth, the term “citrus” was erroneously a mispronunciation of the Greek word for cedar cones, ‘Kedros’ or ‘Callistris’, the name for the sandalwood tree.

In the continental United States, citrus was first introduced by the early Spanish explorers in Saint Augustine, Florida in 1565. Citrus production thrived in Florida by the late 1700s when the first commercial shipments were made. At or around this time, California was introduced to citrus crops, although it was much later that commercial production began there. Today, citrus is grown commercially in Florida, California, Arizona, and Texas.

None of the citrus tree varieties enjoy wet roots. All require excellent drainage and, ideally, sandy loam soil, although citrus can be grown in clay soils if irrigation is managed well. While citrus trees tolerate light shade, they will be more productive when grown in full sun.

Young trees should have suckers pruned out. Mature trees need little to no pruning except to remove diseased or damaged limbs.

Fertilizing citrus trees is important. Fertilize young trees with a product that is specifically for citrus trees throughout the growing season. Apply the fertilizer in a circle that is 3 feet (just under a meter) in diameter around the tree. In the third year of the tree’s life, fertilize 4-5 times per year directly under the tree canopy, all the way to the edge or just a bit beyond.

As mentioned, citrus is a member of the family Rutaceae, subfamily Aurantoideae. Citrus is the most economically important genus, but two other genera are included in citriculture, Fortunella and Poncirus.

Kumquats  (Fortunella japonica) are small evergreen trees or shrubs native to southern China that can be grown in subtropical regions. Unlike other citrus, kumquats can be eaten in their entirety, including the peel. There are four major cultivars: Nagami, Meiwa, Hong Kong, and Marumi. Once classified as citrus, kumquat is now classified under its own genus and named for the man who introduced them to Europe, Robert Fortune.

Trifoliate orange trees (Poncirus trifoliata) are important for their use as rootstock for citrus, especially in Japan. This deciduous tree thrives in cooler regions and is more frost-hardy than another citrus.

Tangerine (C. tangerina) includes tangerines, manadarins, and satsumas as well as any number of hybrids.

Grapefruit (Citrus x paradisi) is not a true species but it has been granted species status due to its economic importance. Grapefruit is more than likely a naturally occurring hybrid between pommelo and sweet orange and was introduced into Florida in 1809.

Lime (C. aurantifolia) distinguishes between the two main cultivars, Key and Tahiti, as separate species, although the Kaffir lime, Rangpur lime, and sweet lime may be included under this umbrella.