Pepper As A Houseplant – Learn How To Grow Indoor Peppers 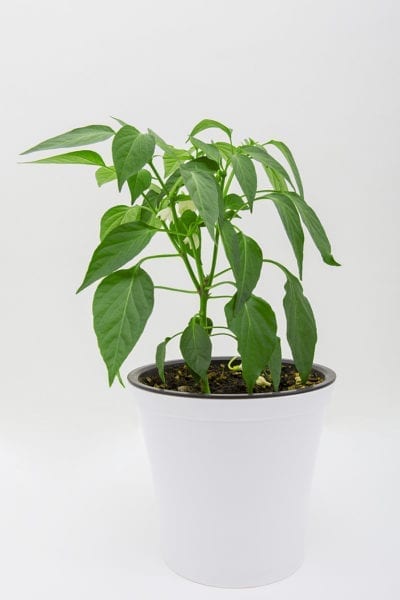 If you’re a pepper fan, be it hot or sweet, and regret the end of summer and the colorful fruit, you might be wondering if you can grow pepper plants inside. It is possible to grow peppers as a houseplant; in fact, many floral departments sell ornamental peppers to be grown as indoor ornamentals. If you want indoor pepper plants for the purpose of eating, there are a few things to keep in mind to ensure that growing peppers indoors is a success.

Fruit from a pepper plant grown inside will never get as large as those grown outdoors; however, they will still pack the same amount of heat. The best pepper plants to grow inside are smaller peppers such as pequins, chiltepins, habaneros, and Thai peppers, or small ornamental varieties.

Indoor pepper plants need the same requirements as those grown outside. They need enough space in a container for their roots to grow. They need plenty of sunlight; a south- or west-facing window is ideal. If you don’t have enough light available, use a grow light.

Remember that peppers like it warm; how warm depends on the variety of pepper. Ornamental chili peppers like lots of sun but moderate humidity, while the little Scotch bonnets and habaneros prefer a moderate temp and high humidity. Most of the hot peppers like cooler nighttime temperatures and dislike either hot or cold drafts.

Most peppers like a temperature of about 80 F. (27 C.) during the day and 70 F. (21 C.) at night. This may be hard to achieve, but try to stay within 20 degrees of this. You can increase the temperature by putting the plants under a light or on a heat mat.

How to Grow Indoor Peppers

If the growing season is coming to an end but you have surviving pepper plants outside, bring those in containers indoors. If they are in the garden, dig them up carefully and repot them in a plastic pot in the evening when temps are cool.

Water the plants and place them in a shaded area outside for a few days. Keep an eye on them for pests and remove them. After a few days, place the peppers in an in-between spot such as a porch. After the pepper plants have acclimated, bring them indoors and put them either under grow lights or in a south- or west-facing window.

If you are starting from scratch, plant the seeds in an equal mix of peat moss, vermiculite, and sand (soilless medium) in a pot with adequate drainage holes. Push the seed just below the soil level. Keep the soil moist and the pots in an area with full sun. Depending upon the variety, germination should occur between 14-28 days.

Water the peppers when the top of the soil feels slightly dry to the touch. Avoid overwatering lest the plant’s roots rot.

Feed peppers that are grown as a houseplant with a balanced fertilizer such as a 15-15-15.