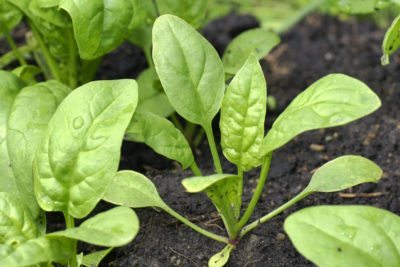 Unless your parents forbade television, you’re no doubt familiar with Popeye’s statement that he’s “strong to the finish, ‘cause I eats my spinach.” The popular refrain plus a mathematical error led millions of Americans to believe that spinach was so high in iron it made you strong and healthy. There’s no doubt that iron rich vegetables are important in our diets, but there are many other vegetables that are higher in iron than spinach. What other vegetables are rich in iron? Let’s find out.

In 1870, a German chemist, Eric von Wolf, was researching the amount of iron in leafy green vegetables, including spinach. Turns out he found that spinach had 3.5 milligrams of iron in a 100 gram serving; however, when recording the data, he missed a decimal point and wrote the serving contained 35 milligrams!

The rest is history and this error and the popular cartoon were responsible for boosting spinach consumption in the United States by a third! Although the math was rechecked and the myth debunked in 1937, many people still think that spinach is the most iron rich of vegetables.

What Vegetables are Rich in Iron?

The human body can’t produce iron on its own, so we need to eat foods to support our iron requirements. Men and post-menopausal women need about 8 mg. of iron per day. Menstruating women need more, about 18 mg. per day, and pregnant women need even more at 27 mg. per day.

Many people get all the iron their bodies need from red meat, which is very iron dense. Red meat often has more calories too, in part due to its method of preparation or accompanying condiments or sauces than that of iron rich veggies.

While spinach is still considered fairly high in iron, there are many other options out there for the vegan, vegetarian, or for those who wish for a lower calorie option to red meat. In fact, this is why many vegans and vegetarians eat tofu. Tofu is made from soybeans, an excellent source of iron and also calcium, phosphorous, and magnesium.

Lentils, beans, and peas are all iron-rich vegetables. Beans are excellent sources of complex carbohydrates, fiber, folate, phosphorous, potassium, and manganese as well.

Green leafy vegetables, like spinach, have a significant amount of iron per serving. This is categorized as a non-heme iron. Non-heme iron, or plant-based iron, is more difficult to absorb into the human body than heme iron, which comes from animals. That’s why vegetarians are recommended to increase their intake of iron to 1.8 times higher than that of meat eaters.

Green veggies that are high in iron include not only spinach but:

Tomatoes have little iron, but when they are dried or concentrated, their iron levels increase, so indulge in some sundried tomatoes or incorporate tomato paste into your cooking.

My mom always told me to eat the skin of my baked potato and it turns out there’s a reason. Although potatoes contain iron, the skin has the most significant amount. Plus, they contain fiber, vitamin C, potassium, and B6.

If you are a mycophagist, a lover of mushrooms, you’re also in luck. One cup of cooked white mushrooms contains 2.7 mg. of iron. That said, while portabella and shiitake mushrooms might be delicious, they have very little iron. However, oyster mushrooms have twice as much as white mushrooms!

Many vegetables contain significant levels of iron, but their ratio of weight to volume is larger than that of meat, which would make it difficult, if not impossible, to ingest enough to absorb the daily recommended amount of iron. That’s okay, though. That’s why many of our veggies are cooked, allowing us to consume larger amounts and reap the benefits of not only their iron levels but many other vitamins and nutrients.