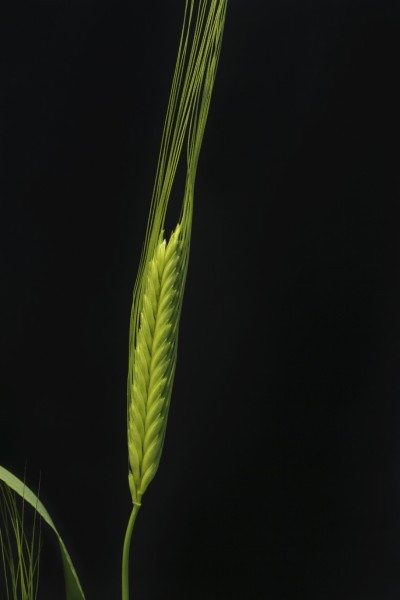 At this writing, there is a bag of Doritos and a tub of sour cream (yes, they are delicious together!) screaming my name. However, I do try to eat a mostly healthful diet and will undoubtedly gravitate towards the more nutritious option in the fridge, a farro and vegetable salad, followed, of course, by some chips. So what are farro health benefits and what is it anyway? Read on to learn more about farro, or emmer wheat grass.

Did you think I just switched topics? No, farro is actually the Italian word for three varieties of heirloom grains: einkorn, spelt, and emmer wheat. Referred to respectively as farro piccolo, farro grande, and farro medio, it has come to be the catch-all word for each of these three grains. So, what exactly is emmer wheat and what other emmer wheat facts and nutrition info can we dig up?

What is Emmer Wheat?

Emmer (Triticum dicoccum) is a member of the wheat family of annual grasses. A low-yielding, awned wheat – awn being a bristle-like appendage – emmer was first domesticated in the Near East and was widely cultivated in ancient times.

Emmer is hulled wheat, which means it has strong glumes or husks that enclose the grains. Once the grain is threshed, the wheat spike breaks up into spikelets that require milling or pounding to release the grains from the husks.

Emmer is also called starch wheat, rice wheat, or two-grained spelt. Once an incredibly valuable crop, until recently emmer had lost its place among important grain cultivation. It is still cultivated in the mountains of Italy, Spain, Germany, Switzerland, Russia, and, more recently, the United States, where up until a few years ago it was used primarily for livestock.

Today, you see evidence of emmer’s popularity on many menus, although the more common “farro” is usually the word you see. So why has emmer, or farro, become so popular? By all accounts, farro has health benefits for many of us.

Emmer was a nutritious daily staple of the ancient Egyptians for thousands of years. It originated thousands of years ago and found its way into Italy where it is still cultivated. Emmer is rich in fiber, protein, magnesium, and other vitamins. It is a complete protein source when combined with legumes, which makes it an excellent addition to a vegetarian diet or for anyone looking for a plant-based high-protein food source.

It makes, as I mentioned, a great salad grain and can be used to make bread or pasta. It is also delicious in soups and a hearty substitute for dishes that usually utilize rice, such as vegetable curry over rice. Try using the farro instead of the rice.

Along with the three grains that are collectively referred to as farro (einkorn, spelt, and emmer), there are also heirloom varieties such as Turkey Red Wheat. Turkey Red was brought to the United States by Russian and Ukrainian immigrants in the 19th century. Each variety has similar nutritional components and only slightly different flavors. If you see farro on a restaurant menu, you may be getting any one of these grains.

Compared to modern wheat cultivars, ancient grains such as emmer are lower in gluten and higher in micronutrients like minerals and antioxidants. That said, they do contain gluten, as do all ancient and heirloom wheat. Gluten is a composite of different proteins found in grain. While some people who react to the gluten in modern grains may or may not be sensitive to those in ancient grains, emmer is not a good choice for anyone that is sensitive to these proteins. People with celiac disease should avoid them completely.